Saints Row fans will be happy to know that Volition has announced the next entry in the Saints Row series, Saints Row: Gat Out of Hell. The new game will have players visiting the afterlife, which should be an interesting journey.

The story of Saints Row: Gat Out of Hell will see Johnny Gat and Kinzie being sucked into Hell through a ouija board where they will battle demons and some "prominent historical figures" where you will eventually meet Satan himself. The game will offer up online co-op play for up to two players, too.

There will be a few new weapons in Gat Out of Hell, where gamers can use the Arm Chairmageddon (a La-Z-Boy recliner with guns), the Energy Caster, a Locust Gun and a weapon that fires a plague of frogs. The game will be released for $19.95 on the PS3, PS4, PC, Xbox 360 and Xbox One on January 27, 2015. The developer will also release Saints Row 4: Re-Elected, which is a spruce up of Saints Row 4 for the PS4 and Xbox One. 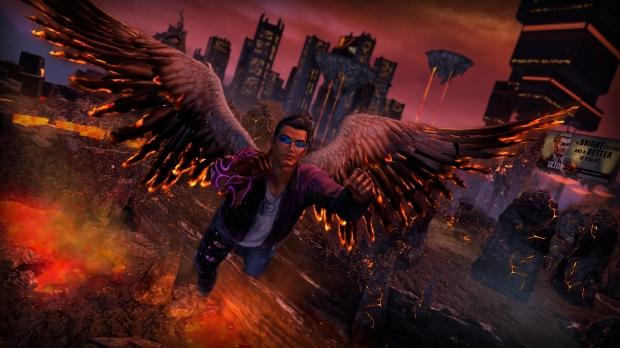