AMD announced the new Tonga-based Radeon R9 285 last week, but now AIB partners are showing off their new Radeon R9 285-based GPUs, with Sapphire unveiling not one, but three new models based on the new GPU. 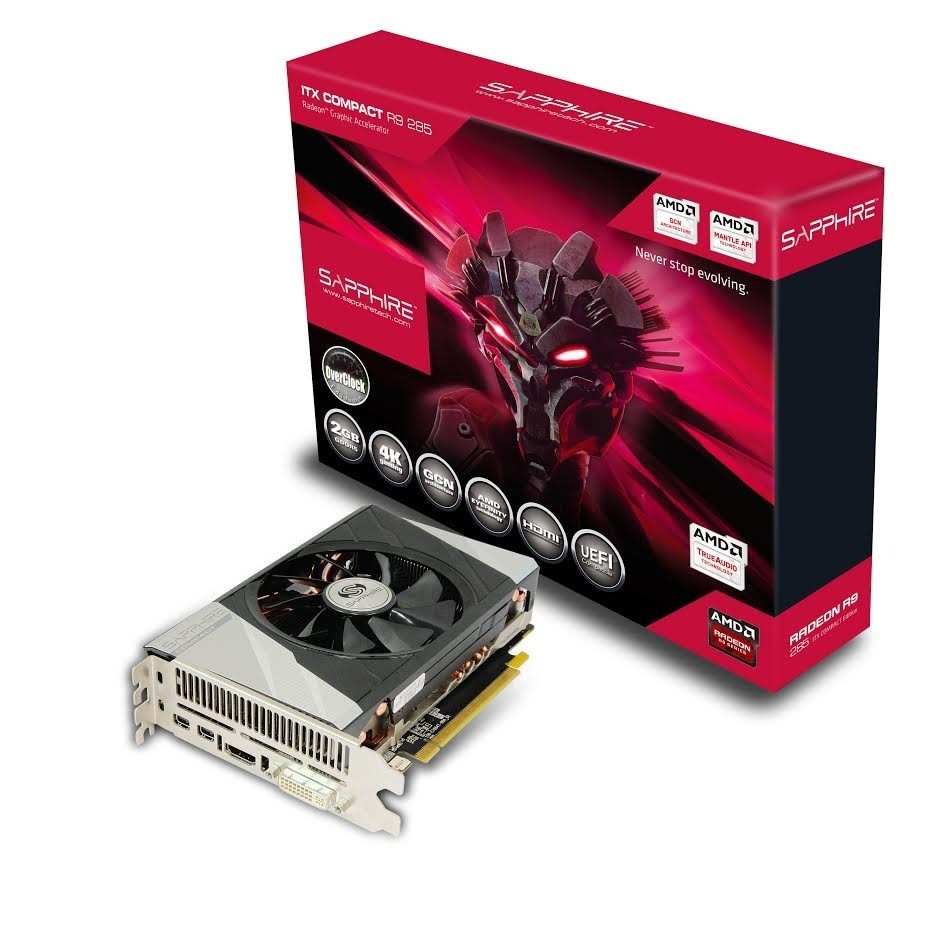 The three new models include the R9 285 ITX Compact OC edition, made specifically for small form factor PCs, as it sports a much shorter PCB that measures just 171mm long. It has a single fan, which should keep the noise levels down, and its core clock of 928MHz and memory clock of 1375MHz should pack quite the performance punch in its small footprint.

Sapphire's R9 285 Dual-X features two aerofoil fans, and a "set of graduated sizes of heat pipes". We have 2GB of GDDR5 RAM clocked at 1375MHz, 1792 Stream processors all clocked at 918MHz. The R9 285 OC model cranks things up slightly, with an increase of clock speed to 965MHz, and a slight increase of the RAM to 1400MHz. All three models support AMD's Eyefinity multi-monitor technology, and AMD's Crossfire multi-GPU technology.