IFA 2014 is just around the corner, with mobile and wearable leaks coming in from all sides, with a new tease from Sony. In a promotional piece for its SmartBand, a fitness band, the company has teased its upcoming unannounced tablet, and unannounced smartwatch. 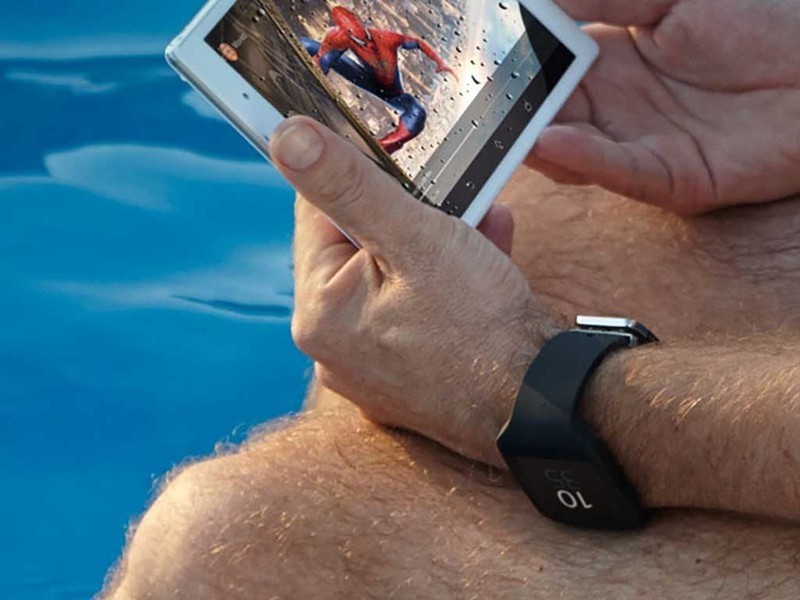 The tablet could end up being the Xperia Z3 Tablet Compact, with the smartwatch most likely being an Android Wear-powered smartwatch. Starting with the tablet, it looks like a 7- or 8-inch slate, with Spider-Man being placed on the screen of course, Sony owns the Spider-Man movie rights. If it's as good as the Xperia Z2 Tablet (which I'm using right now, expect my review in the next couple of weeks) it should be fully waterproof.

When it comes to the smartwatch, it should be the next smartwatch in Sony's SmartWatch range, but we can't tell much from the image unfortunately.