@evleaks was meant to be retiring from the leaking program, but his retirement gift to us all is that he just leaked a photo of the Verizon version of the upcoming Motorola Moto X+1, a smartphone that will reportedly be officially unveiled on September 4. 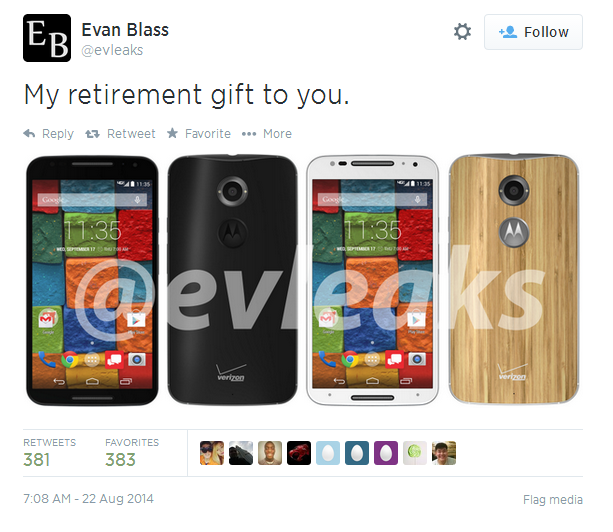 The event in question will take place in Chicago, where we'll see the official unveiling of the Moto X+1. We don't know much about this new smartphone, but September 4 isn't long away, so we don't have much longer to wait.