Researchers at IBM are working on a new chip that is designed to mimic a human brain. The chip has 4096 cores and according to IBM, it is able to simulate millions of neurons. The chip was fabricated by Samsung and is known as SyNAPSE. Samsung used 28nm process to build the chip and it features 5.4 billion CMOS transistor gates. 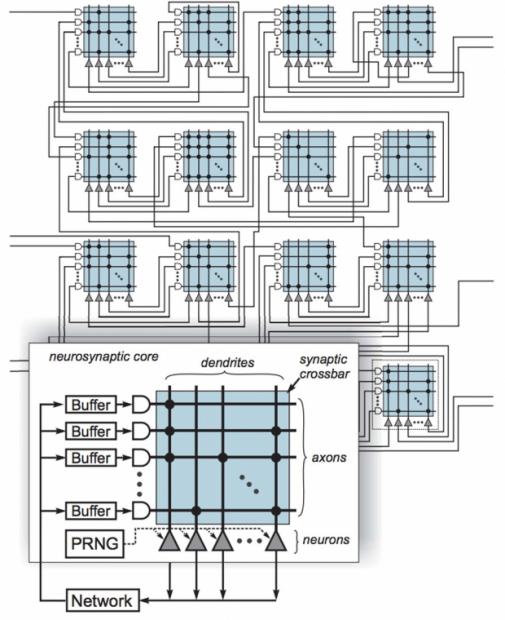 Total power consumption for the chip is 70mW and IBM says that the processor architecture is compatible with today's CPUs. The development of this processor was funded by DARPA with $53 million being contributed to the team for development.

IBM designed the chip with 16 TrueNorth chips on one circuit board allowing the chip to mimic sixteen million programmable neurons and four billion programmable synapses. Development of the chip continues with IBM working to improve density and power aiming at 20mW per cm2.