We've already seen ADATA unveil its DDR4 kits, but they're only sitting at 2133MHz, and what fun is that? The company has now just unveiled its new enthusiast-focused DDR4 kits, named the XPG Z1 DDR4. These new kits are kicking up some speeds, and even though they don't match some of the insane speeds of DDR3, they're still faster than the original kits, at 2800MHz. 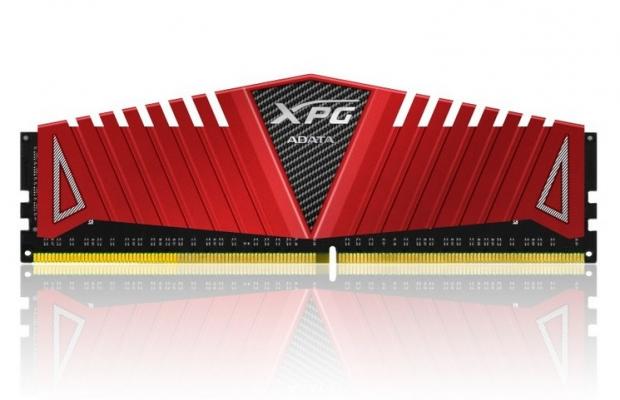 The new kits are based on an advanced 10-layer printed-circuit boards with 2oz copper, meaning they're designed for some serious overclocking. The new ADATA XPG Z1 DDR4 kits sport a new cooling system, which features a very nice looking jet wing-inspired design with carbon texture that is used on race cars, which gives off the impression of serious performance. ADATA will make its new XPG Z1 DDR4 kits available to consumers next month, with a lifetime warranty.