Flash Memory Summit 2014 - Chris Geiser, Senor Product Manager at Samsung sat down with TweakTown today to talk about the next iteration of V-NAND technology, 3-bit per cell V-NAND. Also known as TLC NAND, 3-bit per cell is a method used to increase the density of NAND flash memory by allowing the flash cell to use 8 charge states. V-NAND, also commonly referred to as 3D NAND, orders cells vertically rather than horizontally. Samsung's new 32nm 32-layer V-NAND should reduce the cost of V-NAND significantly while also ushering in higher capacity sizes.

Before the FMS 2014 show floors even open we're hearing a lot about 2TB capacity sizes coming before the end of the year. 3-bit per cell V-NAND could potentially get us there.

Chris Geiser also spoke with us about future interface technology such as NVMe. 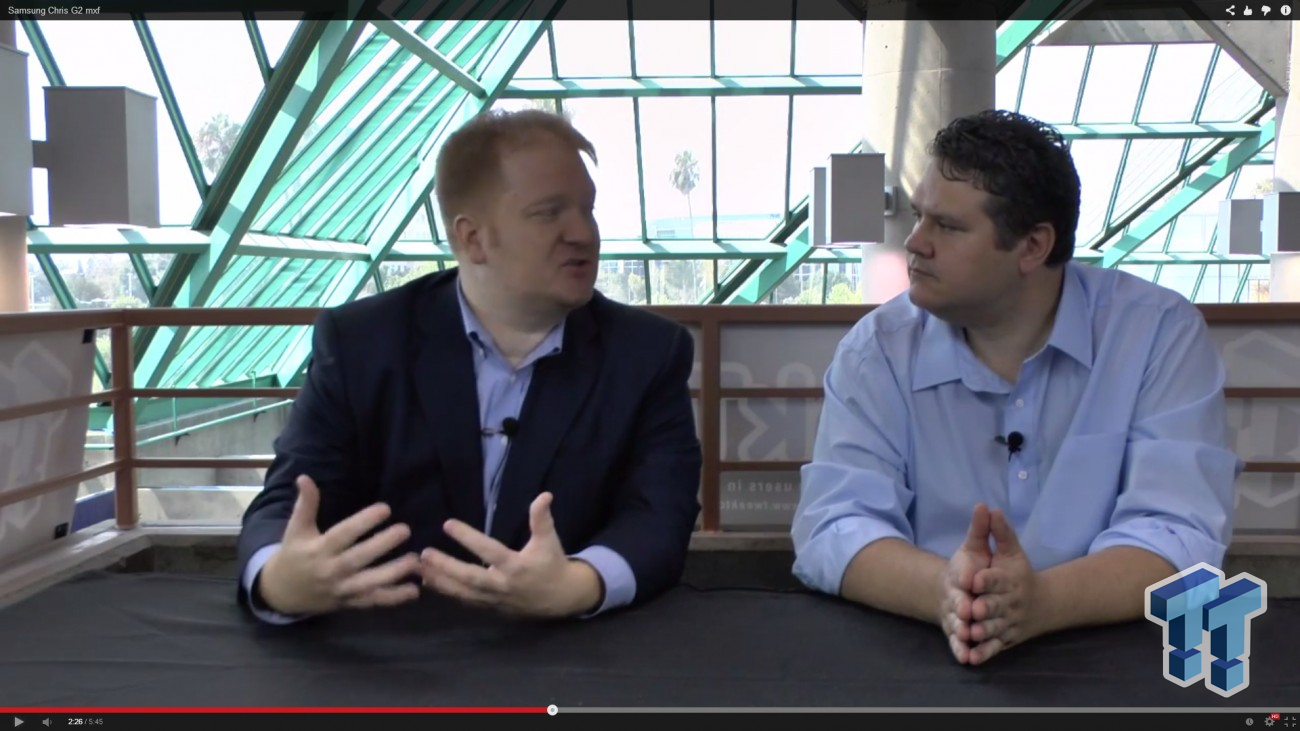