Elon Musk has founded some of the biggest companies involving technology, such as PayPal, SpaceX and Tesla Motors. Musk thinks we need to build a home for humans on Mars as soon as possible, but when it comes to artificial intelligence (AI), he has his reservations. 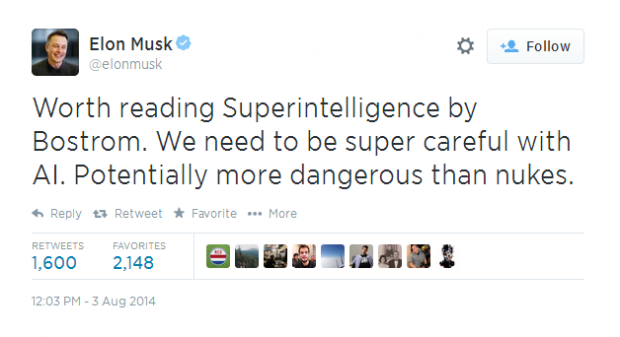 Over the weekend, Musk tweeted about a book recommendation, but after that he said: "We need to be super careful with AI. Potentially more dangerous than nukes." Musk isn't new to his stance on AI, where back in June the SpaceX founder said he has even considred the possibility of a 'Terminator'-like scenario. Musk has also admitted that he's even invested money into AI companies, where he wants to keep an eye on where AI is going.