We should be expecting some Watch Dogs DLC to be coming soon, with a tease on the official Watch Dogs Twitter account stating: "Our data indicates surveillance has become more prominent in high-crime areas." 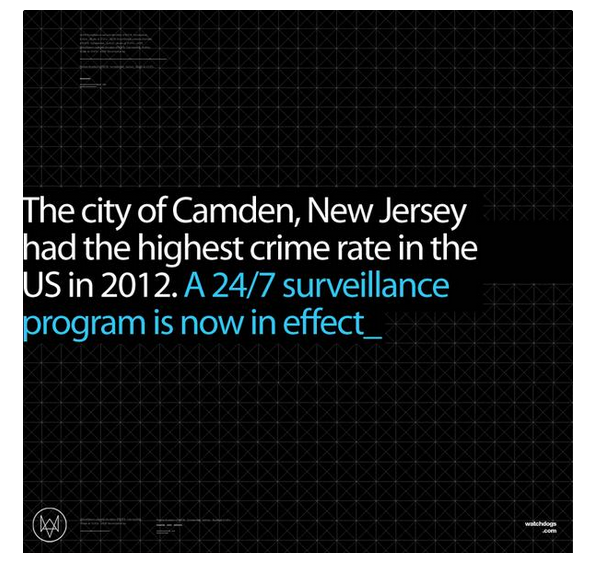 Attached to that post, was an image that noted that Camden, New Jersey was experiencing a higher crime rate than anywhere else in the US in 2012. The image ends with: "A 24/7 surveillance program is now in effect." When is the new Watch Dogs DLC coming? We should expect it to arrive in the fall, according to the post.