The technology industry is no stranger to battery issues. Years ago a huge number of lithium ion batteries were recalled when notebooks started to catch fire while being used normally. A 13-year-old girl in North Texas woke recently to the smell of something burning and realized that her Samsung Galaxy S4 smartphone was on fire. 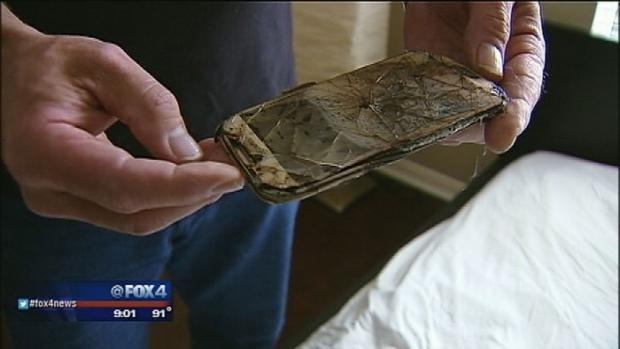 The fire was intense enough that the entire mobile device melted, glass, plastic and all. You can hardly tell that the device was a smartphone in the images. The teen says that her phone fell under a pillow as she slept and her father thinks that the phone overheated leading to the battery catching fire.

Samsung has pointed out that the battery inside the smartphone that caught fire wasn't a Samsung unit; rather it was a replacement part from another supplier. Samsung also noted that it points out in materials included with the phone that covering the device with bedding or other material could start a fire.