The tides on a British coast keep washing in the remnants of a 1997 shipwreck that was carrying a cargo load of Lego. 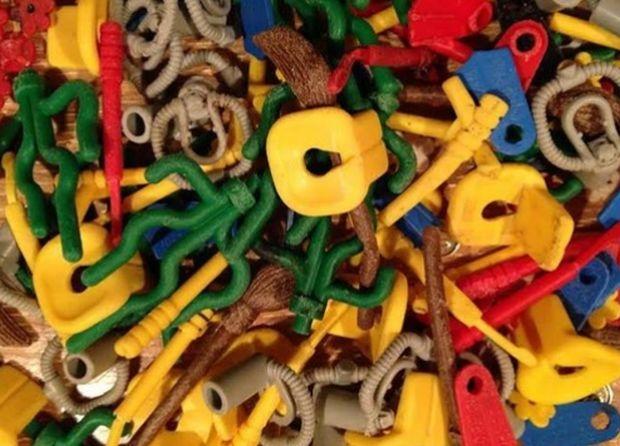 Lego pieces keep emerging on the shores of Cornwall, England, and there have been hundreds spotted since the ship, the Tokio Express, was pulled under a freak wave, losing just under 5 million pieces of Lego in the process. Some of the Lego pieces include, ironically, plastic spear guns and scuba gear.

Tracey Williams, who runs the Lego Lost at Sea page, which is dedicated to the strange phenomena, was interviewed by the Bristol Post newspaper. "I've collected between 500 and 600 pieces over the years," she said. "Collectively we've found thousands and thousands between us - but there's still so many more to find." An oceanographer, Curtis Ebbesmeyer, told the paper that the mystery is in where most of the pieces have ended up, as they have only been reported definitively just off the coast of Cornwall. "The most profound lesson I've learned from the Lego story is that things that go to the bottom of the sea don't always stay there," Ebbesmeyer added.