3D printers are becoming more and more common in schools, offices, and homes around the country as prices come down. One thing that will help adoption of 3D printers almost as much as cheaper prices is better availability. MakerBot has announced a new deal with some Home Depot locations that will see its 3D printers available in stores. 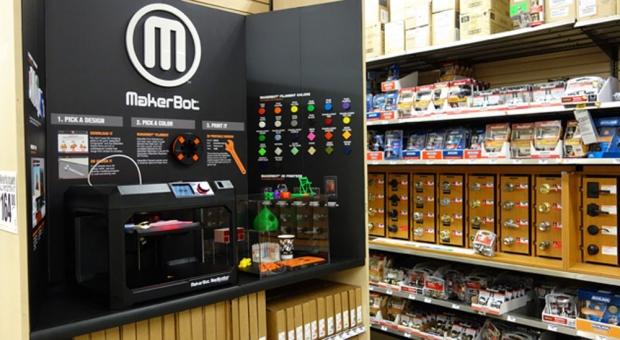 The MakerBot Replicator 3D printer is now available to purchase in about a dozen Home Depot locations around the US. The dozen locations are found in California, Chicago, and New York City. Some of the stores will have elaborate kiosks installed, such as the one seen in the photo here.

There will also be staff on hand at some locations that will be able to demo the product and give out items made with the printer. It appears that you can buy printing supplies at these locations as well.