One of the most popular devices that Samsung makes is the Galaxy Note smartphone. The Note is known for having a larger screen than most smartphones putting in into phablet territory, skirting the gap between smartphones and tablets. Some rumors about the next Galaxy Note are now making the rounds and those rumors suggest that the Note 4 will have a retinal scanner. 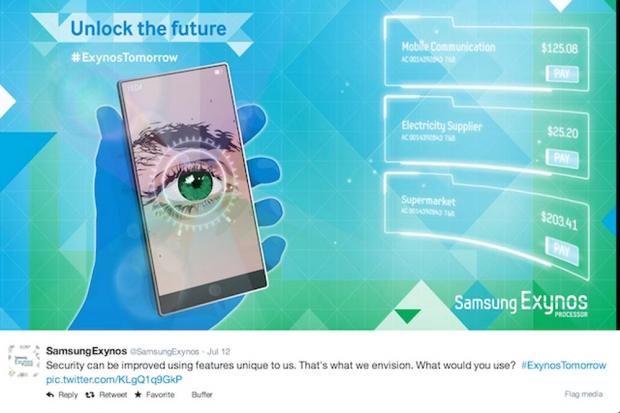 Note 4 users might also be able to make purchases online by simply looking at the device. The iris scanner rumor got started with a tweet from the Samsung Exynos account that read: "Security can be improved using features unique to us.]" An image with that tweet has an eye on the screen hinting at retinal scanning.