Samsung is making some changes to its app store, most notably the Samsung app store has a new name, and Samsung is now calling its app store Galaxy Apps and has added some new features to the mix as well. Galaxy Apps has a new interface, branding, and hundreds of new apps to go along with the name change. 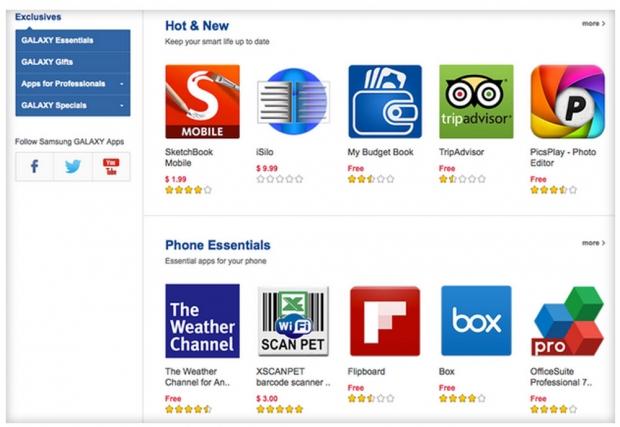 The apps in Galaxy Apps store are divided into categories with four sections including Galaxy Gifts, Galaxy Essentials, Apps for Professionals, and Galaxy Specials. Apps in the Specials category are created using Samsung SDKs.

Samsung wants Galaxy Apps to give more customization options to users of its mobile phones. It also wants the Galaxy Apps store to act as a platform for publicizing promotions and deals.