The 2014 Samsung Global SSD Summit 2014 in Seoul, South Korea, was somewhat of an SSD nirvana. Samsung touted their industry-first 3D NAND (V-NAND), the first 3bit MLC SSDs for the datacenter (the 845DC EVO), the world's first M.2 SSD for the datacenter, and to top it all off we were finally able to take a peek at Samsung's NVMe offerings.

Samsung has the distinct advantage of being the first to receive NVMe interoperability certification from UNH-IOL, but the OEM market has kept the drive hidden from the retail space. 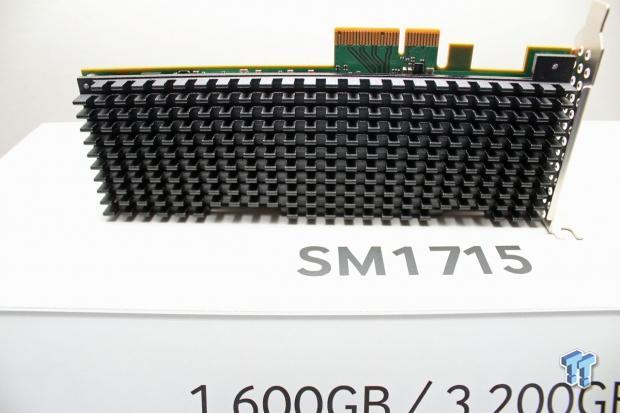 We start with the SM1715 and its unique heat sink that encompasses the entire side of the drive. The SM1715 utilizes the standardized NVMe protocol. NVMe provides numerous advantages with its simplified driver stack, command set, and enhanced queue/pairing mechanisms. For an in-depth view of NVMe, reference our recently released Defining NVMe article. 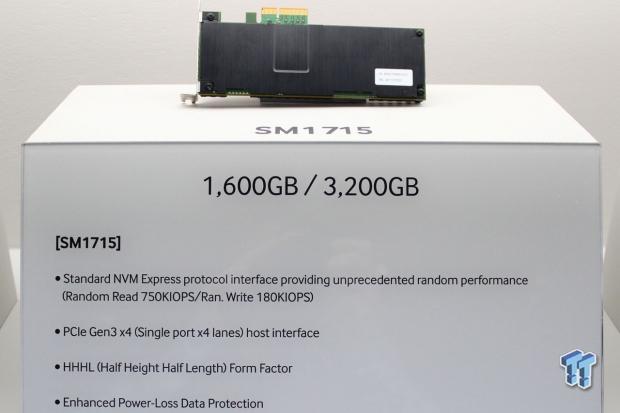 The SM1715 delivers up to 750,000 random read IOPS and 180,000 random write IOPS via its PCIe Gen3 x4 connection. The incredibly dense package comes in the standard HHHL form factor with capacities of 1,600 GB and a whopping 3,200 GB. The drive also features enhanced power loss protection in the form of the discrete capacitors that are hiding under the heat sinks. 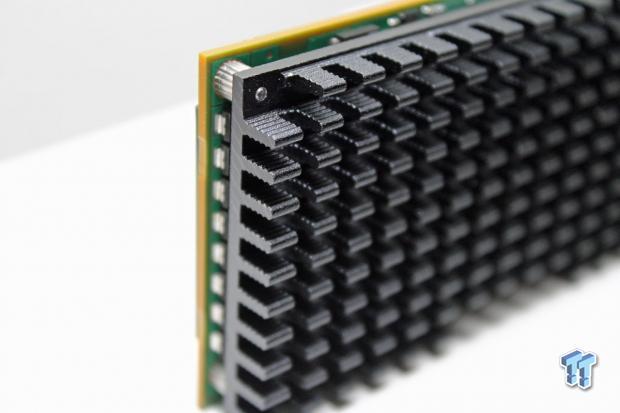 The unique heat sink design is optimized for server airflow patterns. We can spot a row of capacitors peeking out from underneath the heat sink on the edge of the PCB. 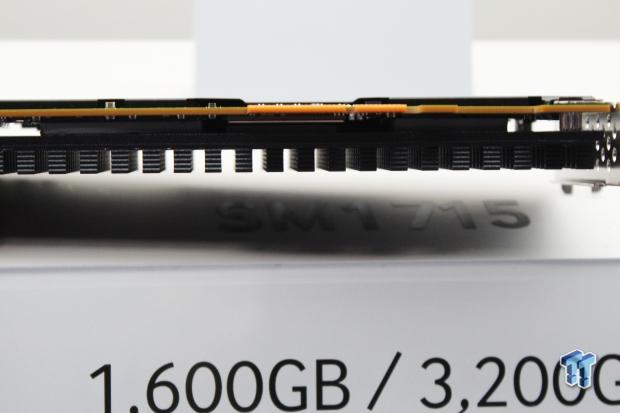 Popping the drive onto its edge, we note that there is only a single PCB. Single PCB designs for PCIe SSDs are becoming more commonplace as NAND density increases. A single PCB provides fewer points of failure in the high-vibration server environment. Packing 3,200 GB of capacity onto a single PCB is quite the feat. 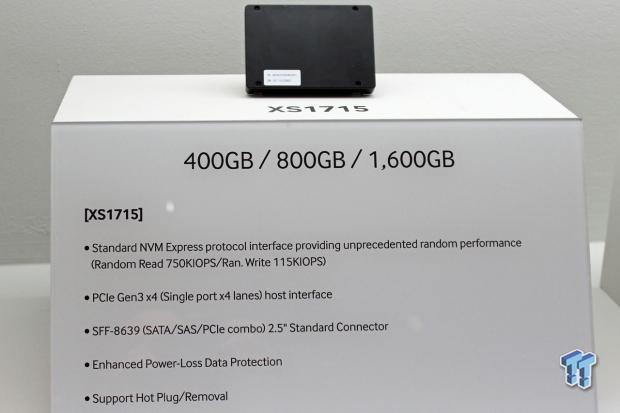 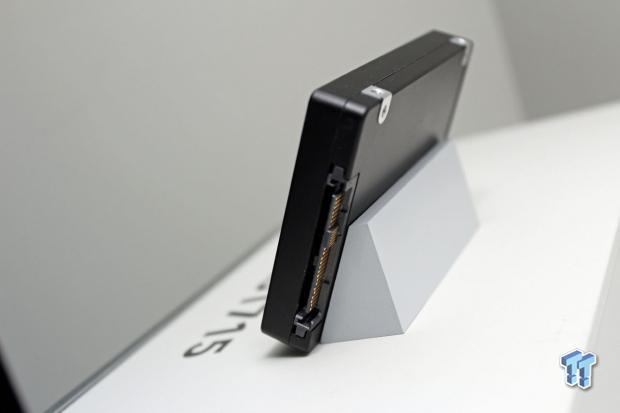 In this picture, we note the SFF-8639 connector. This connector supports a multitude of connections, including SAS and SATA. For the XS1715 it provides a PCIe Gen3 x4 host interface and supports hot plugging. This is an important feature for front-loadable servers. One of the primary advantages of 2.5" NVMe SSDs is the ease-of-service from front bay access. SFF-8639 cables are limited in length, but the goal of all SSDs is to keep them as close to the PCIe connection, and thus the CPU, as possible. 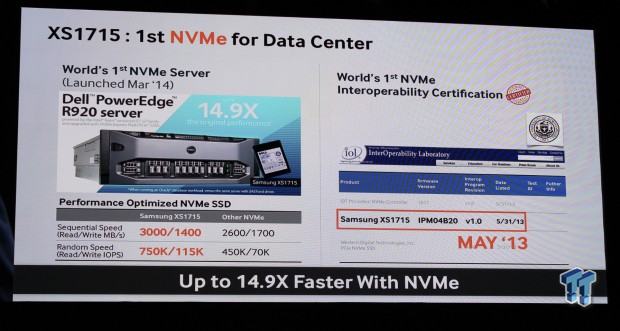 The XS1715 is integrated into the world's first NVMe server, the Dell PowerEdge R920. This graphic also notes the screeching sequential read speed of 3,000 MB/s and 1,400 MB/s of sequential write performance.