NASA has awarded a contract to Boeing for a heavy duty rocket to be used on future space missions. The contract is to design and build the Space Launch System rocket that will be used to put astronauts on the moon and beyond. The new SLS rocket will be more powerful than the Saturn 5 rocket used in the past. 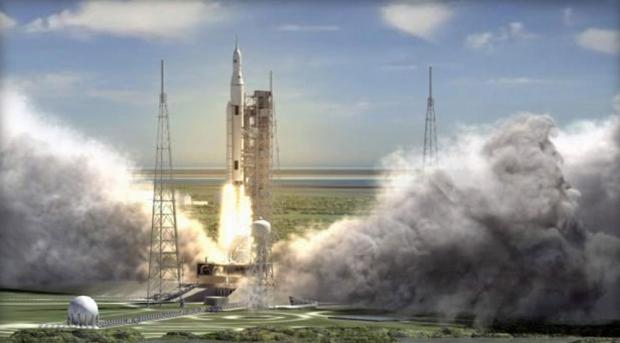 The first SLS rocket will make its maiden flight putting an unmanned Orion capsule into space in 2017. The second flight will be a manned mission and is planned for 2021. NASA has plans to build a more powerful version of the SLS in the future to put four person crews into space and take them to asteroids and eventually to Mars.

The Boeing contract is worth $2.8 billion and will see the company developing avionics and the SLS core stage. Funding for early studies into a new upper stage needed for exploration missions in the future is included in the contract.