What happens when you blend the world's of a camera strapped to your back and a VR headset on your face? Well, you can view yourself in the third-person perspective, something that a development team based in Poland has done.

The team used the Oculus Rift as the VR headset, of course, and a couple of GoPro cameras mounted above the user's head. The GoPro cameras were attached onto a 3D-printed arm, which then provided the user with a view of themselves in the third-person. mepi, the development team behind the project, used a small joystick which simulated the ability to move the camera in third person, just like it works in games.

The system is running from a basic laptop, with the joystick using an Arduino to communicate between the GoPro and mount. The system is a rough prototype according to the team, something that was assembled in just two days. The team calls this the "Real World Third Person Perspective", which seems like a pretty nifty demonstration. 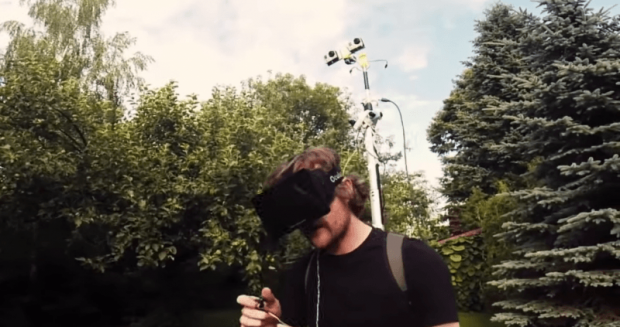