It has been a while now since Apple rolled out the cylinder shaped Mac Pro desktop computer. One of the problems that this machine has for people who use them in areas with lots of traffic is that the new Mac Pro has no provision for locking itself to a desk as you can with laptops thanks to the Kensington lock port on many computers. 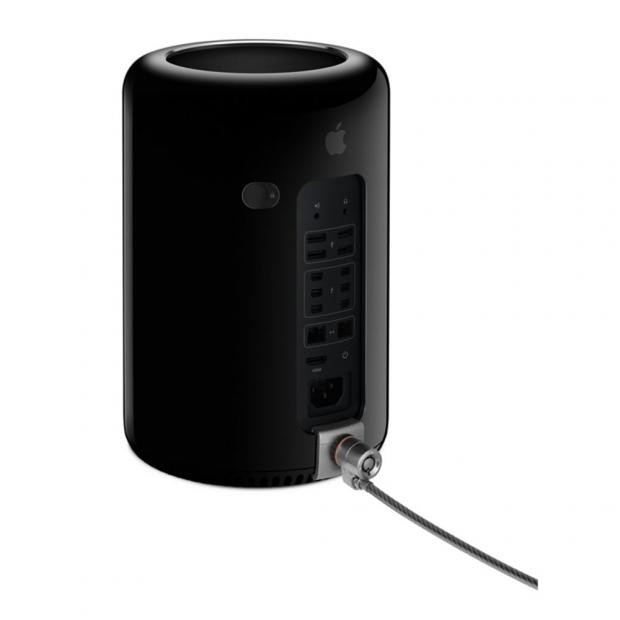 With the lack of a Kensington port, many people were left cobbling their own systems together to help prevent theft. Apple has now announced an official accessory for the new Mac Pro that lets users add a Kensington lock to the machine for more security.

The accessory is called the Mac Pro Security Lock Adapter and it sells for $49. The device is a metal bracket that secures the lift-off cover of the Mac Pro to the base of the machine with a security cable. This prevents access to the internals of the machine. The cable can also be locked to the desk to make it harder to steal the machine. The security adapter is available now on the Apple Store.