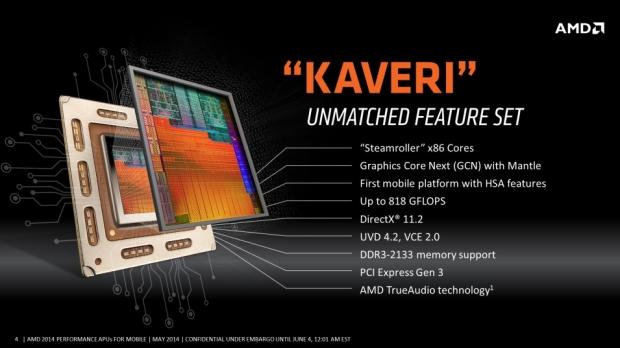 Unlike the A10-7700K and A10-7850K, this APU does not feature unlocked cores and therefore you cannot overclock it. The base clock speed is locked at 3.5GHz with TurboCore bumping it up to 3.9 GHz. The APU supports DDR3 memory up to 1866MHz frequency. On the graphic side, it features R7 series GPU core with 720MHz base clock and 512 GCN cores. This will support Mantle API and DirectX 11.2.

UPDATE - AMD contacted us with the following information. The price listed above is speculation only. AMD also positions the A10 against Intel Core i5 based processors (not i3) on comparable PCMark8 performance and significantly better 3DMark scores.