We've already reported that the upcoming DOTA 2 'The International' tournament had the biggest prize pool in eSports history with $6 million, but now it has burst through the huge ceiling that is $10 million in prize money. 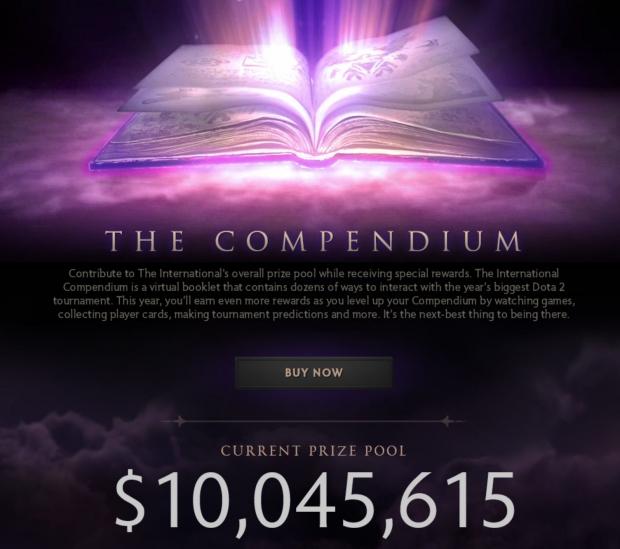 The total prize pool for The International sits at $10,045,615 (at the time of writing) and will only increase until the finale. There are stretch goals that Valve has placed, with the 22nd stretch goal at $10 million now met, which will unveil a new "Victory Prediction Taunt" to players. The battle for the champion of the DOTA 2 The International will take place on July 18-21 at the KeyArena at Seattle Center, in Seattle, Washington.