Users of Chromecast devices know that it is easy to pair the Chromecast with a phone or tablet if the devices are all on the same Wi-Fi network. The catch is if you have a friend over who wants to stream content from their device to the TV via Chromecast, you have to share your Wi-Fi credentials with them to make that happen. 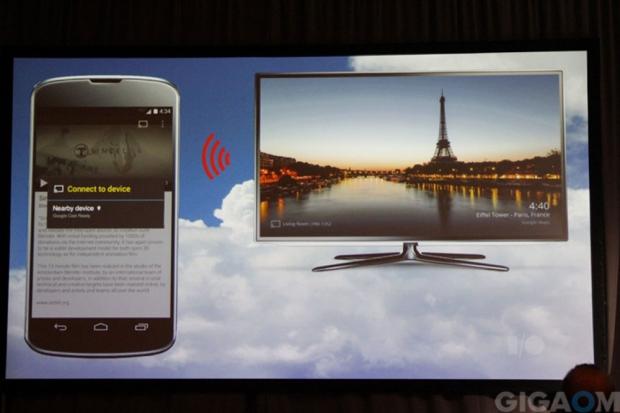 Chromecast is set to get a new way to pair with devices that aren't on the same Wi-Fi network using ultrasonic sounds. Humans can't hear the ultrasonic sounds, but nearby devices can. The feature was announced at Google I/O 2014 last week.

With this new feature enables, users will be able to cast content from their phone to the TV when on a mobile network. A four-digit pin will also be offered to allow users to manually pair devices that aren't on the same network. Google's Chromecast device will produce the ultrasonic sounds from the TV audio system to pair with the mobile device. Ultrasonic paring will hit Chromecast in the coming weeks; no specific time frame is offered.