The Project Tango Tablet Development Tablet is powered by NVIDIA's very capable Tegra K1 processor, features 4GB of RAM and 128GB of on-board storage. It will feature an LTE modem, which is somewhat of a surprise for a developer kit. 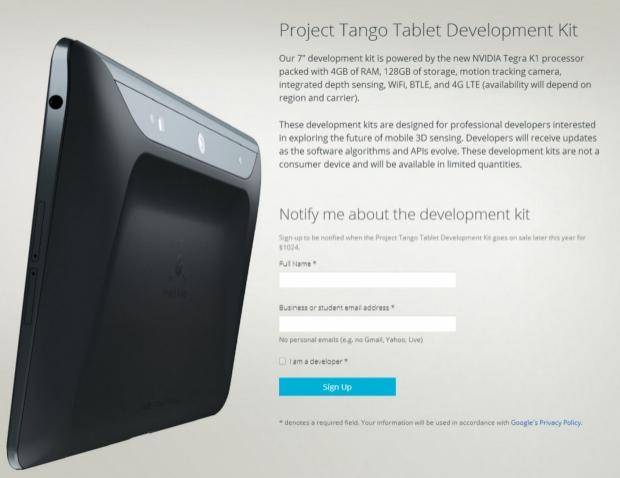