Google I/O 2014 - Google has kicked off its Google I/O conference, with the company announcing that it has over 1 billion monthly active users on Android, a staggering number. 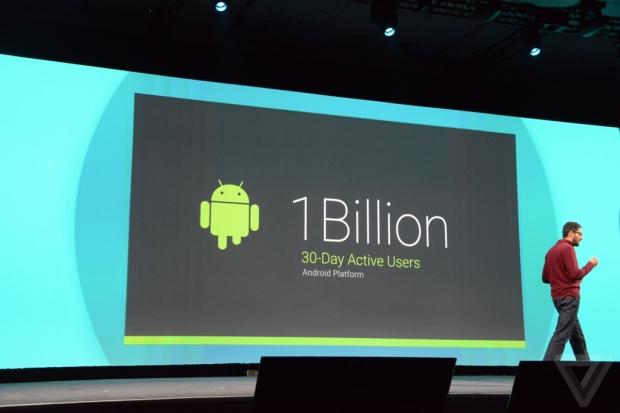 This time last year, that number was 538 million, so that is quite the explosion of users onto Google's mobile OS. The company had some fun numbers to share, where it sees 93 million selfies taken by Android users daily, 20 billion text messages per day, and people check their phones over 100 billion times a day. Shocking when it gets laid out in front of you like that, isn't it?