The first smartphone to come from Microsoft since it purchased Nokia won't run the company's Windows Phone OS; rather the device will run Android. The Android interface on the Nokia X2 looks like Windows Phone, but underneath it's all Android. The X2 will offer users pre-installed apps that will hook the device into Microsoft's cloud services. 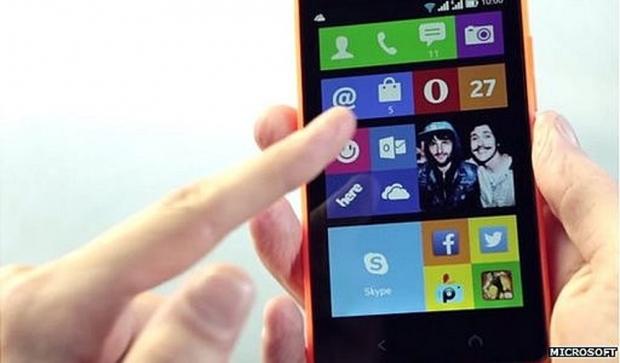 Analyst Ben Wood from CCS Insight says that he sees the Nokia X2 as an admission that Microsoft's entry-level Asha line of smartphones were unable to compete with entry-level Android devices. The Nokia X2 has a 4.3-inch screen and 1GB of RAM.

The phone will also feature a larger battery than the original Nokia X smartphone along with the addition of a front facing camera. Microsoft will sell the Nokia X2 for $135 when it launches in July. Perhaps the biggest drawback to the Nokia X2 is that out of the box it can only use apps from the Nokia Store.