Respawn Entertainment, the studio behind Titanfall, posted a graph of its European Titanfall servers, which saw a massive dip in players when the Uruguay vs. England game kicked off. 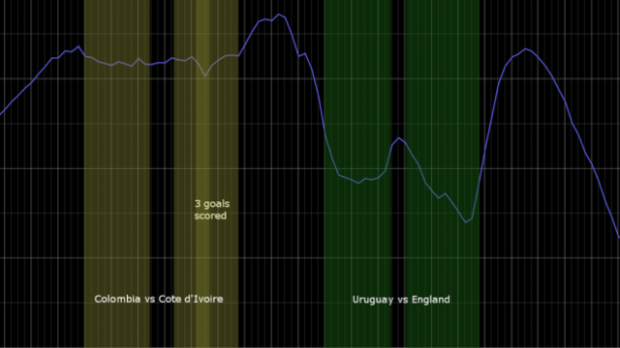 Players were still glued to their Titan's when the Colombia vs. Cote d'Ivoire game was on, but activity dipped when the 3 goals were scored - something you can see in the chart, above. Once Uruguay and England hit the field, all bets were off, as well as Xbox One consoles. Just as Uruguay scored at the 39-minute mark, activity surged, but plummeted for the second half.

At around the 85-minute mark when Luis Suarez kicked the game-winning goal and crushed England, Titanfall activity bounced right back up.