Say the name Intel to a handful of people and the thing that comes to mind for most of them will be computer processors, but that's not all Intel is about. A good example is a new chat app that Intel has unveiled called Pocket Avatars. The app is a video chat service for mobile users that uses cartoon avatars to relay your facial expressions, and is available on Android and iOS. 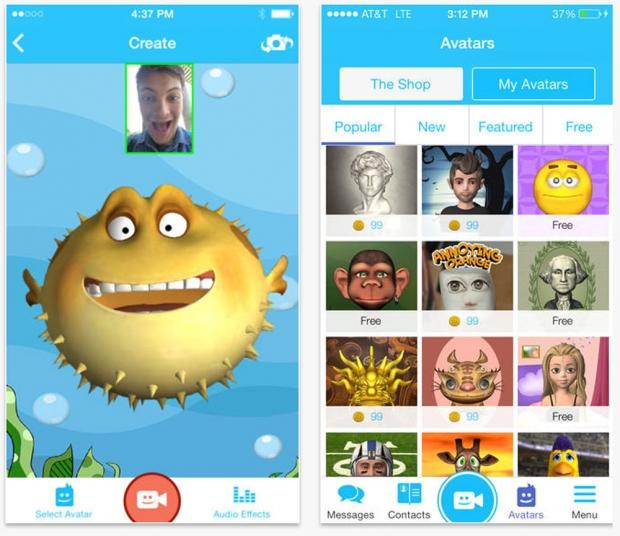 Pocket Avatars uses the front camera on your smartphone to record a message, and it then combines the voice and facial expressions with one of 40 characters making it look like the character is delivering your message.

The app has over 40 characters, but only about half that number are offered at no cost with the app. The other characters are available as in-app purchases for $.99 each. Messages made with the app can be sent via SMS, email, and Twitter. Among the characters available are Lego figures Care Bears, Annoying Orange, and Gumby.