We can send all sorts of messages around the world today in digital form. A first was recently made with the transmission of a scented message across the Atlantic. This week a message was sent across the ocean that carried with it the scent of champagne and chocolate. 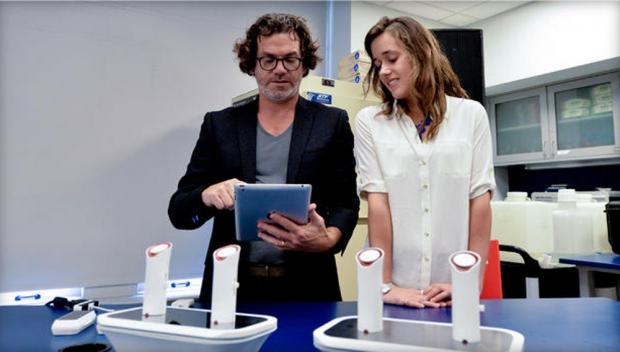 The message was sent from Paris to New York and was sent by freelance chemist Christophe Laudamiel. He sent the message to a professor at Harvard named David Edwards and to the co-inventor of the tech from the Museum of Natural History in New York.

A message sent back to Paris included the scents of a breakfast. That message smelled like a chocolate muffin, passionfruit juice, baguette with butter, and cereal with strawberries and yogurt. The scented messages were sent via an app called oSnap using an app developed by Vapor Communications. The sender can select smells from 32 different cartridges. A device called the oPhone that handles the scents is seeking funds on Indiegogo now starting at $149. The device will retail for $199.