Apple is well known for being very restrictive on what apps can be placed on the App Store. Apple checks out all of the apps submitted to be sure that they don't have nefarious components among other things. A while back Apple banned Bitcoin wallet apps from the App Store. 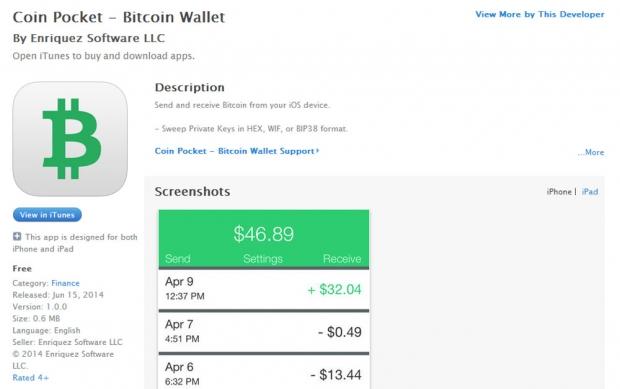 Apple has now reversed that decision and revised policies to allow Bitcoin wallets back on the App Store. The first app to make it back is called Coin Pocket. This app lets users send and receive Bitcoin. Using Coin Pocket users can also check the price of Bitcoin and collect private keys.

The app is available for download on the iPhone and iPad now. With Bitcoin wallet apps now approved for the App Store, they can gain features like camera access for scanning QR codes and more.