One of the most used action cameras on the market is the GoPro camera. Those cams are used to recoded everything from biking to motorsports and just about anything in between. A new accessory for GoPro camera s has hit Kickstarter in the form of a flying camera base called the Hexo+. 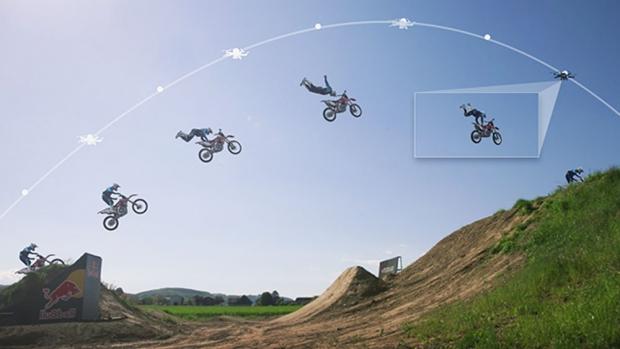 The flying platform for the GoPro has six rotors and can fly autonomously. The drone camera works in conjunction with an app that allows the user to frame themselves or another person in the shot. Users then choose a starting position for the drone.

After choosing the person and the starting position for the drone, the flying platform will follow the person and film them. The project was seeking $50,000 and has raised over $224,000 so far with 29 days to go. A DIY kit that you build will sell for $299. If you want a Hexo+ and own a GoPro, it will now cost you $599 after all the $499 spots sold. If you don't own a GoPro camera, you can get the drone with the camera for $699.