Jesse Pinkman is waking your Xbox One up! Don't believe me? It's true, I swear. Microsoft have taken in Aaron Paul, who played Pinkman in AMC's hit show Breaking Bad, in its new Xbox One commercials.

Paul says some of the key Xbox One commands such as "Xbox On" in the commercial, with some hilarious results on the Internet - with one user on Twitter known as @DrW_Qass saying: "@aaronpaul_8 just turned my Xbox One via the Xbox advert. (Which triggered the IR blaster to switch my TV off..) Amazing". @TomNeal tweeted: "@Xbox your new TV advert is annoying the hell outta me. Aaron Paul keeps turning my console on... #stoooop".

Now gamers are wondering why Paul's other filmed voice commands aren't working, and whether this is some next-gen advertising campaign to have the Xbox One turn on from the advert. Whatever it is, it's working, b*tch. 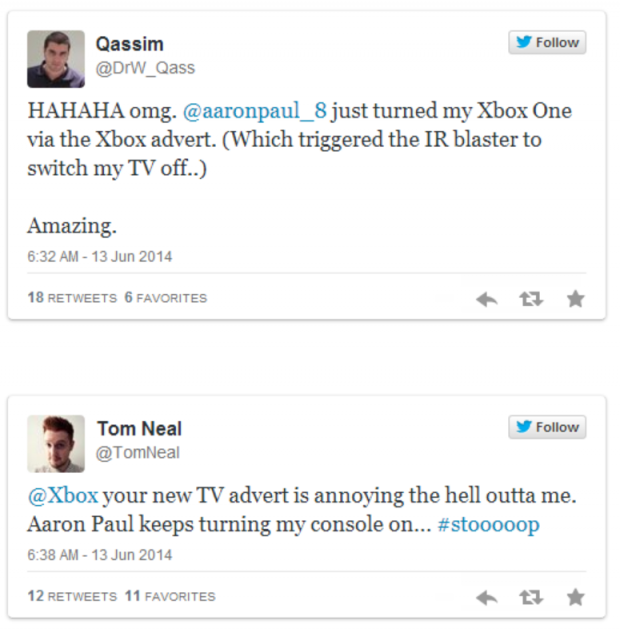