Scientists have been studying the unique properties of gecko feet that allow the small lizard-like creatures to scale vertical surfaces for a long time. A product has resulted from some of that study and the US Department of Defense has been testing it out. The product is a handheld set of paddles that allowed a tester to scale a vertical glass wall using nothing but the paddles. 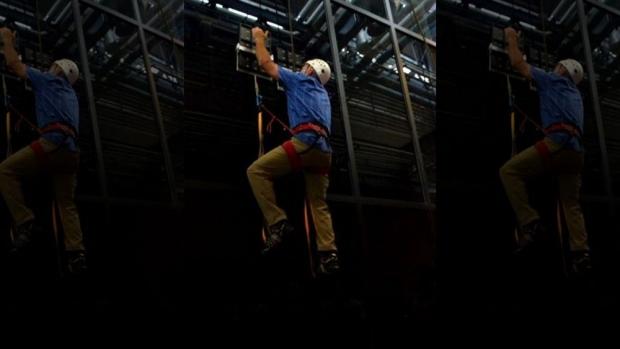 In the image, the tester is seen with a safety belt in place. That belt wasn't needed according to reports and was there for the safety of the climber during the test. The paddles were able to support a man weighing 218 pounds and carrying a pack weighing another 50 pounds as he climbed a 25-foot tall glass wall.

The paddles were developed by DARPA under its Z-Man program designed to create tech to help soldiers fighting in urban environments. DARPA is still testing the paddles and says that they are not battle ready at this time.