NASA's Curiosity rover is a workhorse that is still cruising around on the surface of Mars on its scientific quest to learn more about the red planet. While it's main mission is to learn about the possibility of life on Mars today or in the past, the rover is also doing other things for NASA too. 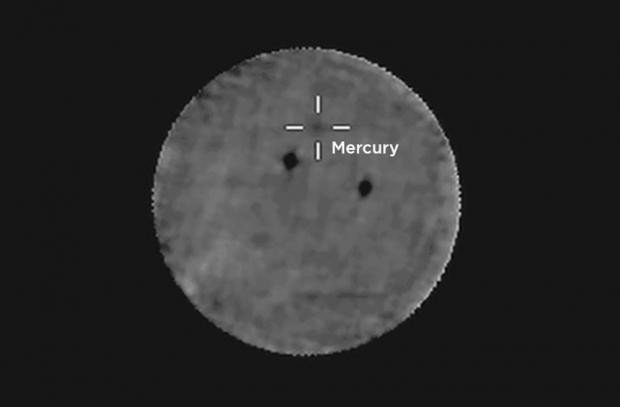 NASA says that this was also the first time that Mercury has been observed from Mars. It's not exactly a clear image, but Mercury is the fuzzy dot that is circled in the image here. Considering this sort of image isn't what the camera on Curiosity was designed for, it's not that bad. Curiosity took the image seen here on June 3.