Computex 2014 - Something I hunted down at Computex this year was GIGABYTE's WINDFORCE cooler, which has been amped up from the previous 450W-capable model to an incredible 600W of air-cooling goodness. 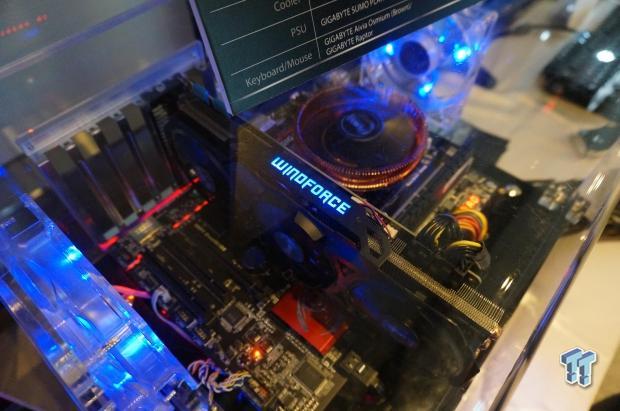 GIGABYTE had slapped its new WINDFORCE onto NVIDIA's GeForce GTX TITAN BLACK GPU, something you can see above. 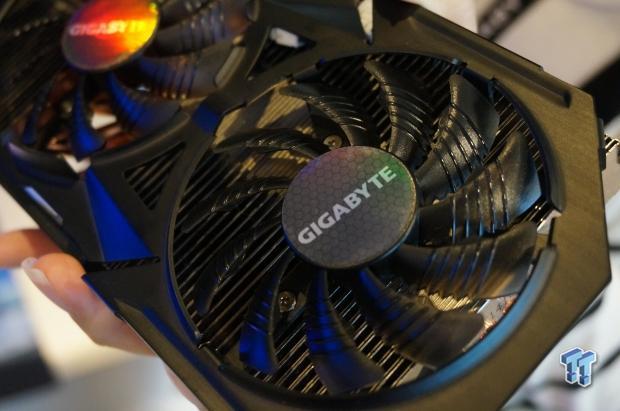 The fins on the fans have grooves on them, allowing for improved airflow. 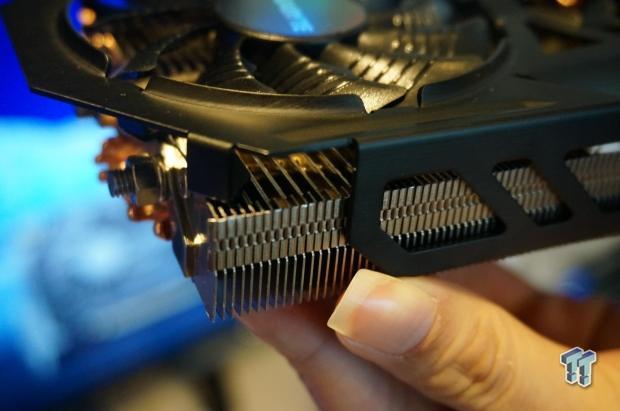 The heat sink has fins that are lowered, and raised - again allowing for better heat dissipation. 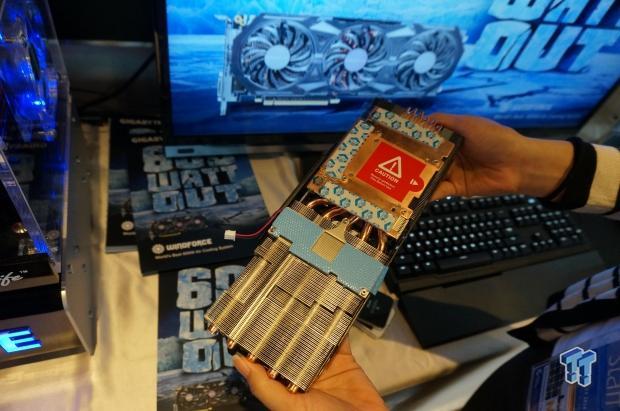 A closer look at the GIGABYTE WINDFORCE, both the front and back.