My daughter loves to play with LEGO building sets. She has a bunch of the LEGO Friends sets that are aimed at girls, but she says they are lame and typically plays with standard LEGO sets that build things like cars, airplanes, and other vehicles or structures. It would be nice to see some female themed sets so girls around the world have more to play with. 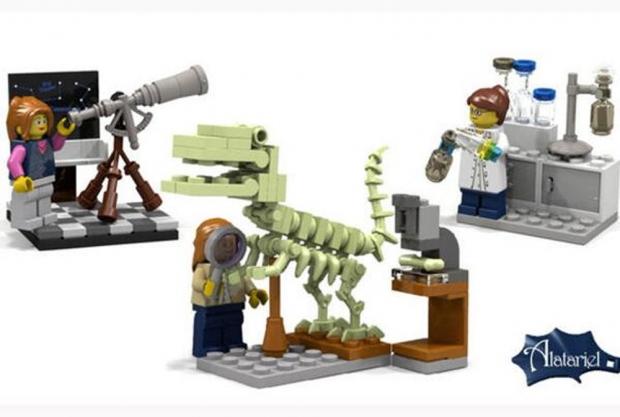 LEGO has announced that starting in August there will be a LEGO set called Research Institute that will come with three female scientists in different settings. The female characters will be in chemist, astronomer, and paleontologist rolls.

The three settings will include pieces to build telescopes, experiment tables, and a dinosaur skeleton. These female LEGO characters were submitted to the LEGO Ideas website. On that site, any idea that gets 10,000 votes is considered for production.