Computex 2014 - In typical Computex fashion, embargos-be-damned! At the show we saw a handful of X99 boards behind closed doors but a few brave decision makers publicly displayed the upcoming chipset in bold fashion. 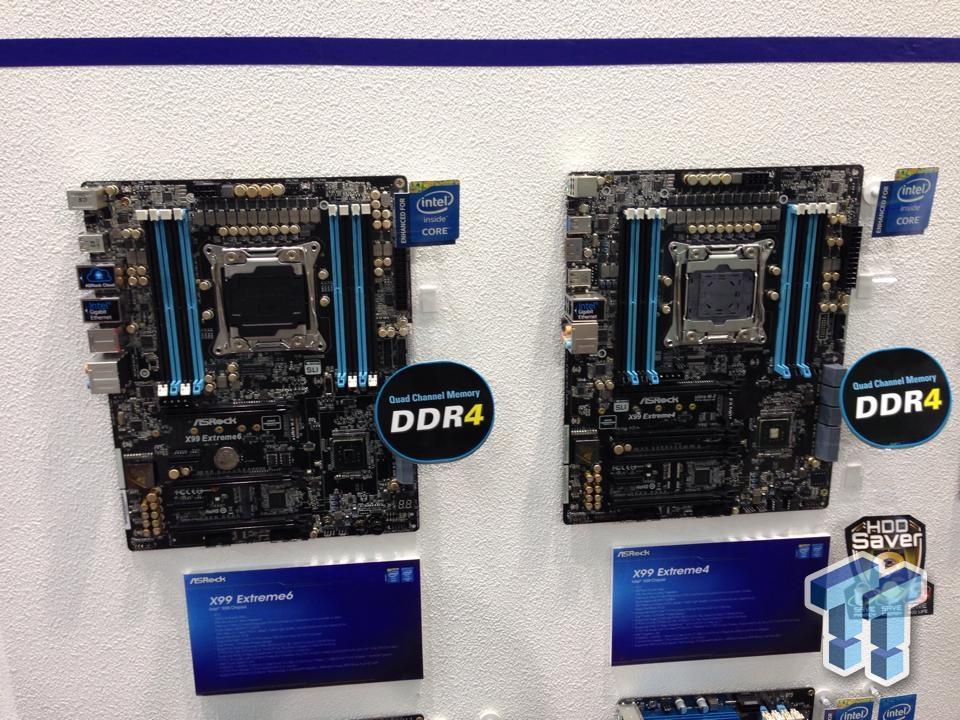 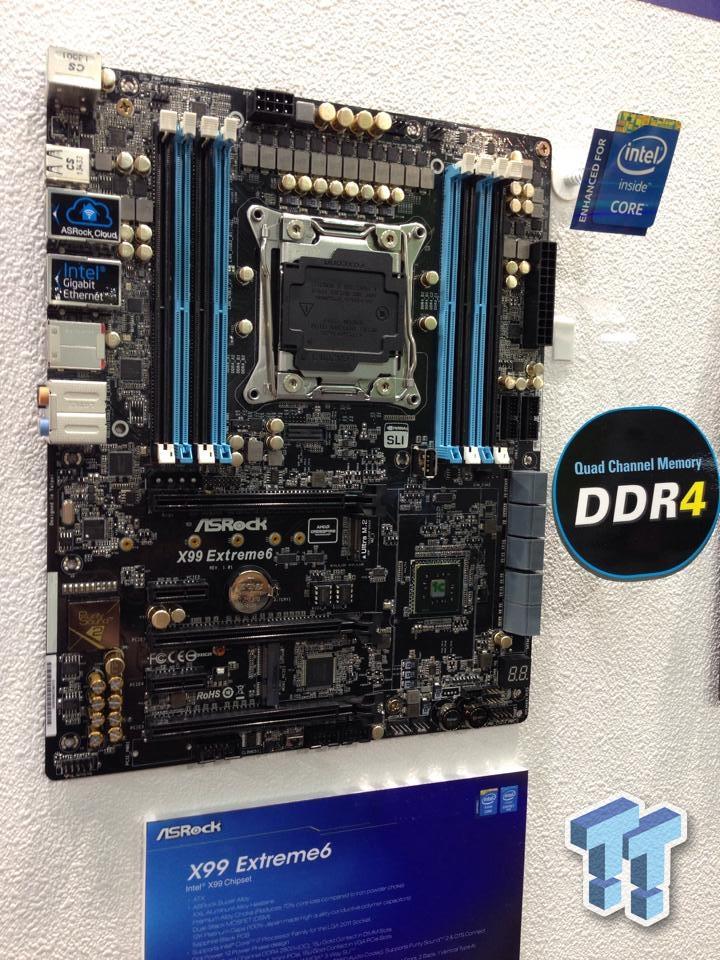 First up is the Extreme6. As you can see the board doesn't have a heat sink on the PCH but the company has some time left to iron out the details as this chipset shouildn't hit the market till later this year. 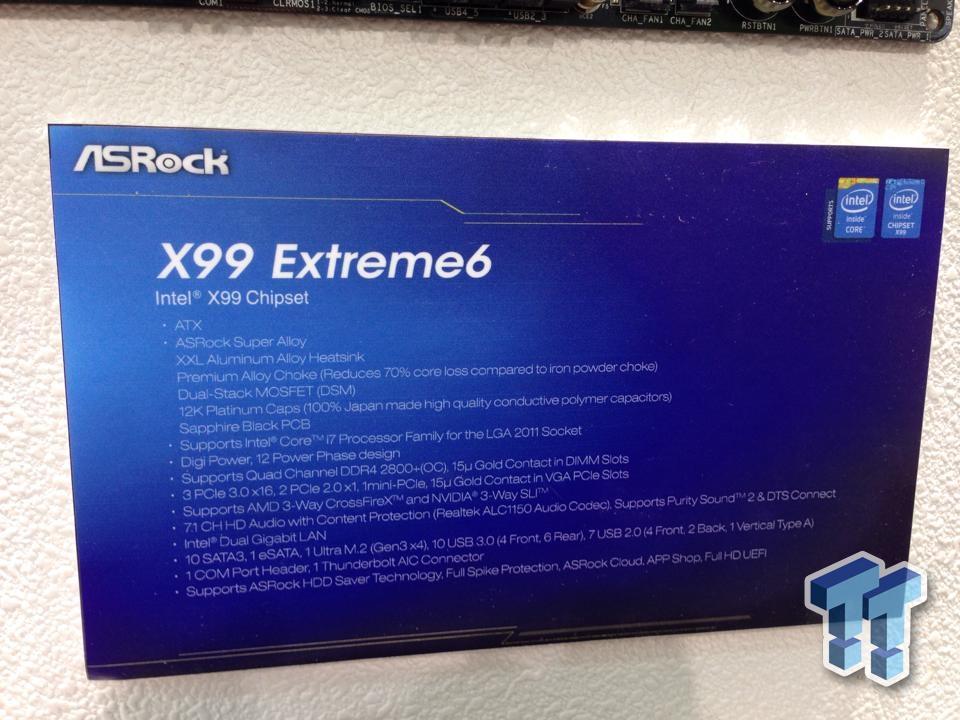 The spec list looks like a check list for every bad-ass feature a user could ask for including Thunderbolt, Ultra M.2 (PCIe 3.0 x4 for advanced performance SSDs) and a full trio of PCIe 3.0 x16 for your multi-GPU pleasure. 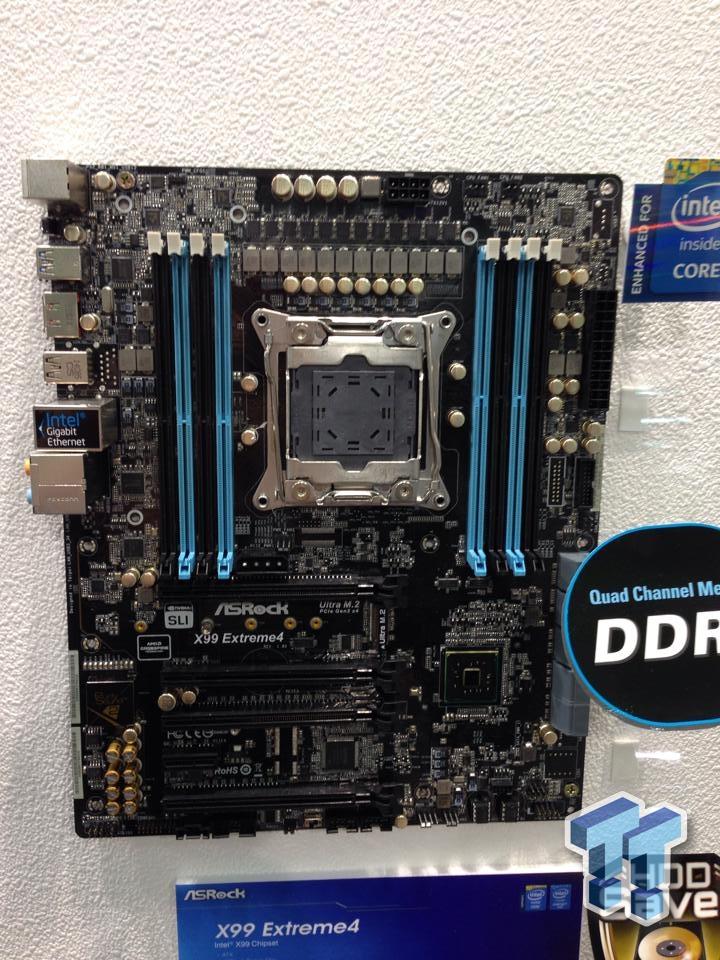 The Extreme4 should come out with a lower price point than the Extreme6 but is still feature rich. 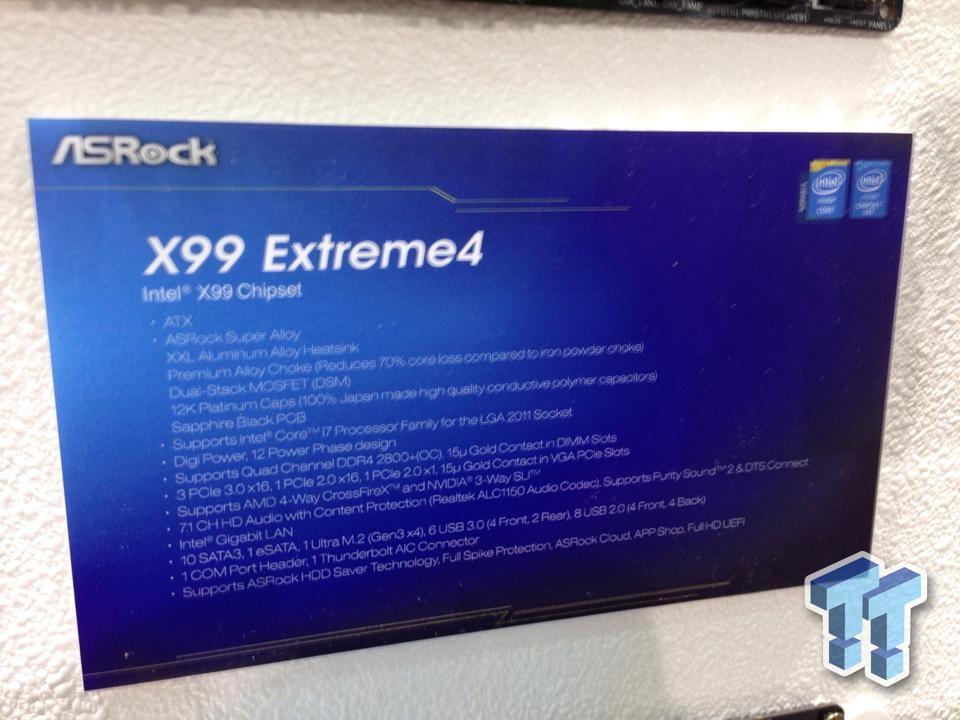 Extreme4 also offers 3 PCIe 3.0 x16 ports for triple SLI / Crossfire, Ultra M.2 but loses Thunderbolt support. The spec cards show all of the details but from what we've gathered through various roadmap leaks, X99 looks to set a new standard in high performance computing at the prosumer and enthusiast level.