Computex 2014 - Super Talent displayed their new RAID Drive II Plus, an SSD designed to address supercomputer and caching applications. There were also several other industrial and enterprise SSDs on display, highlighting Super Talents continued focus on SSD designs for the professional segment. 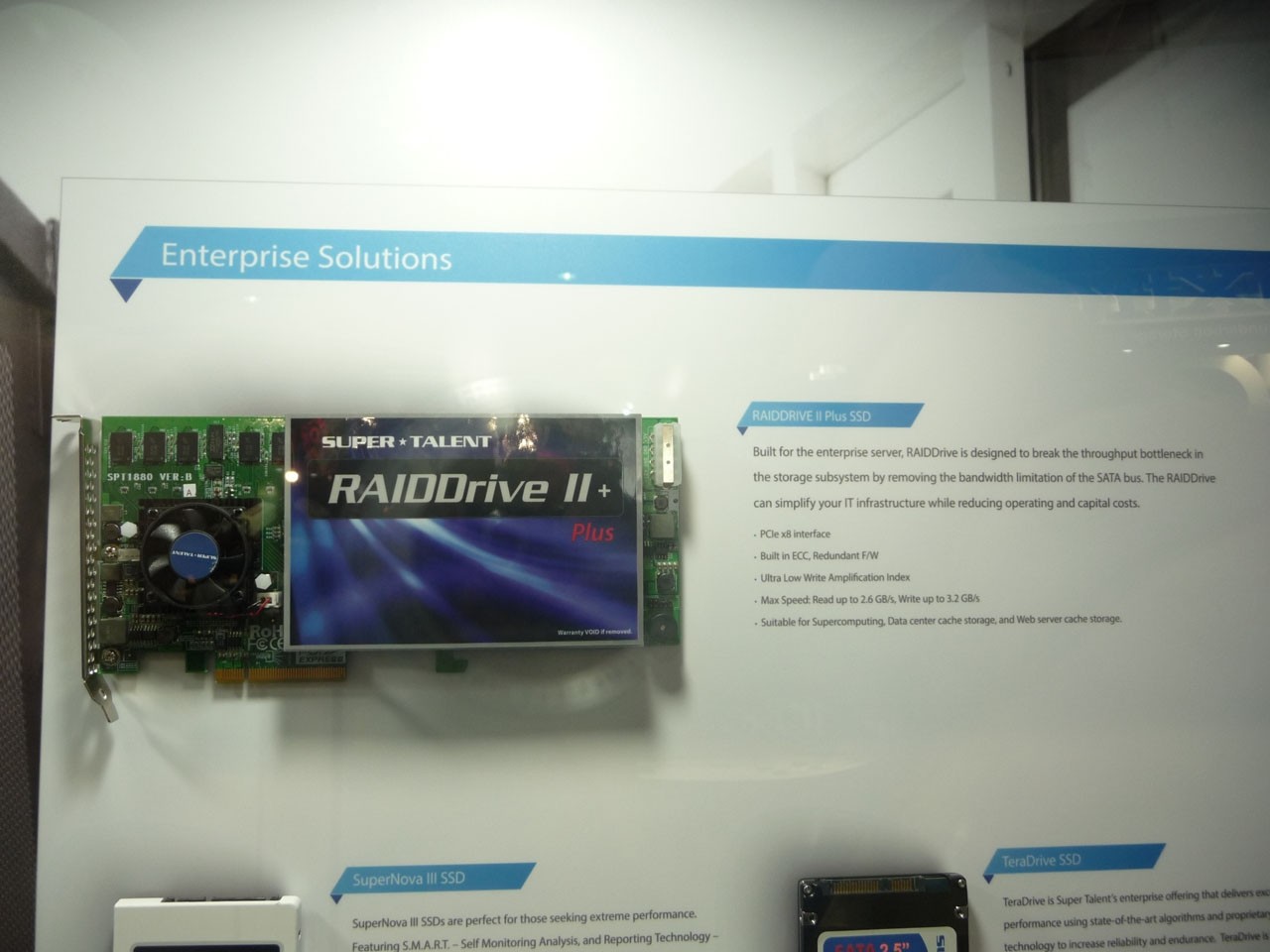 The RAIDDrive II Plus features speeds of 2.6GB/s in maximum sequential read and 3.2GB/s in sequential write. The drive features fairly standard built-in ECC and redundant firmware. There is also a fairly large chunk of 1GB of DDR2 cache, but this will be needed for LBA mapping for the large capacities, up to 2TB, provided by the PCIe 2.0 x8 drive. 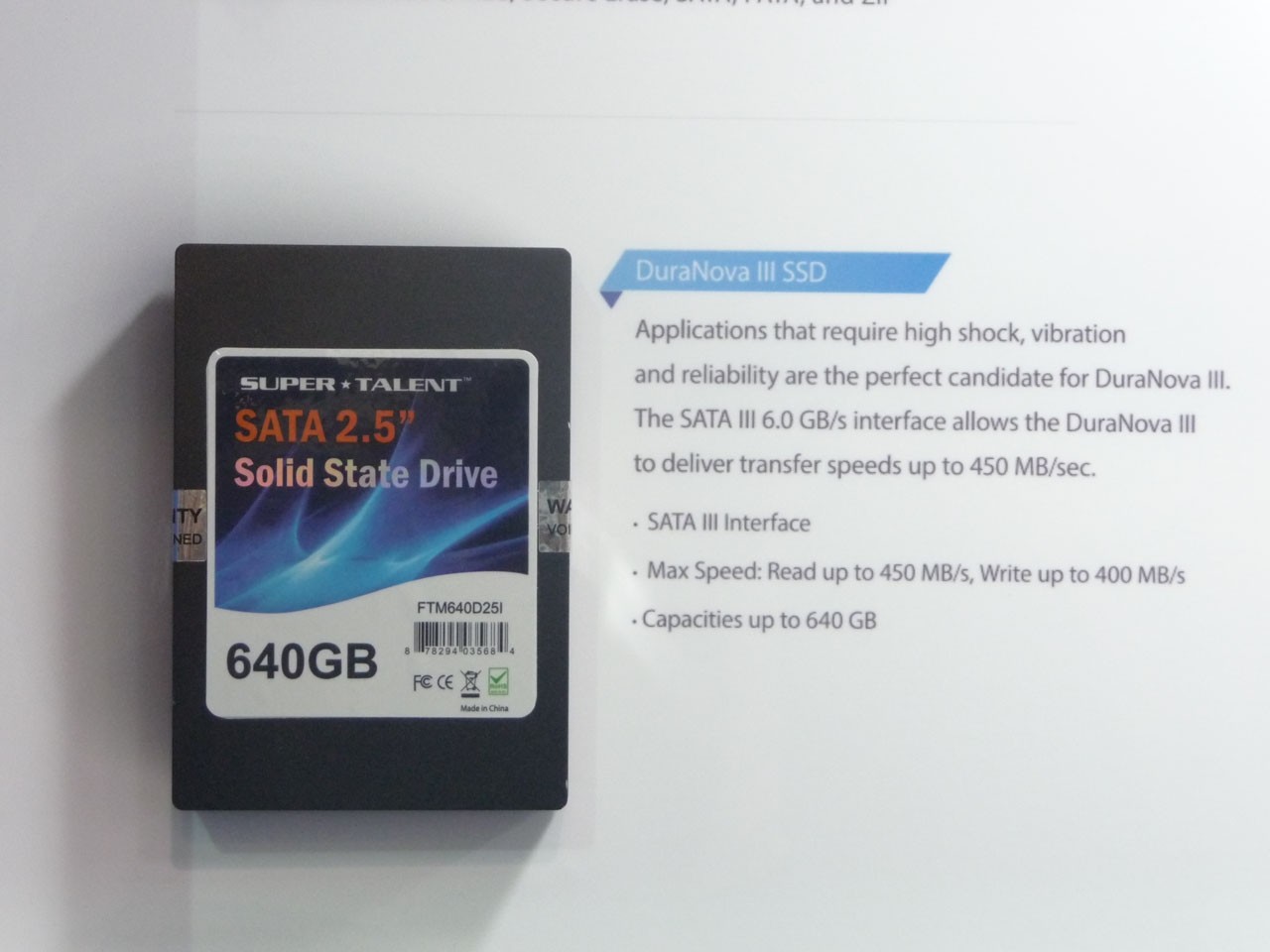 The DuraNova III SSD features maximum speeds of up to 450 MB/s read and 400MB/s write. These SSDs are available in capacities up to 640GB. 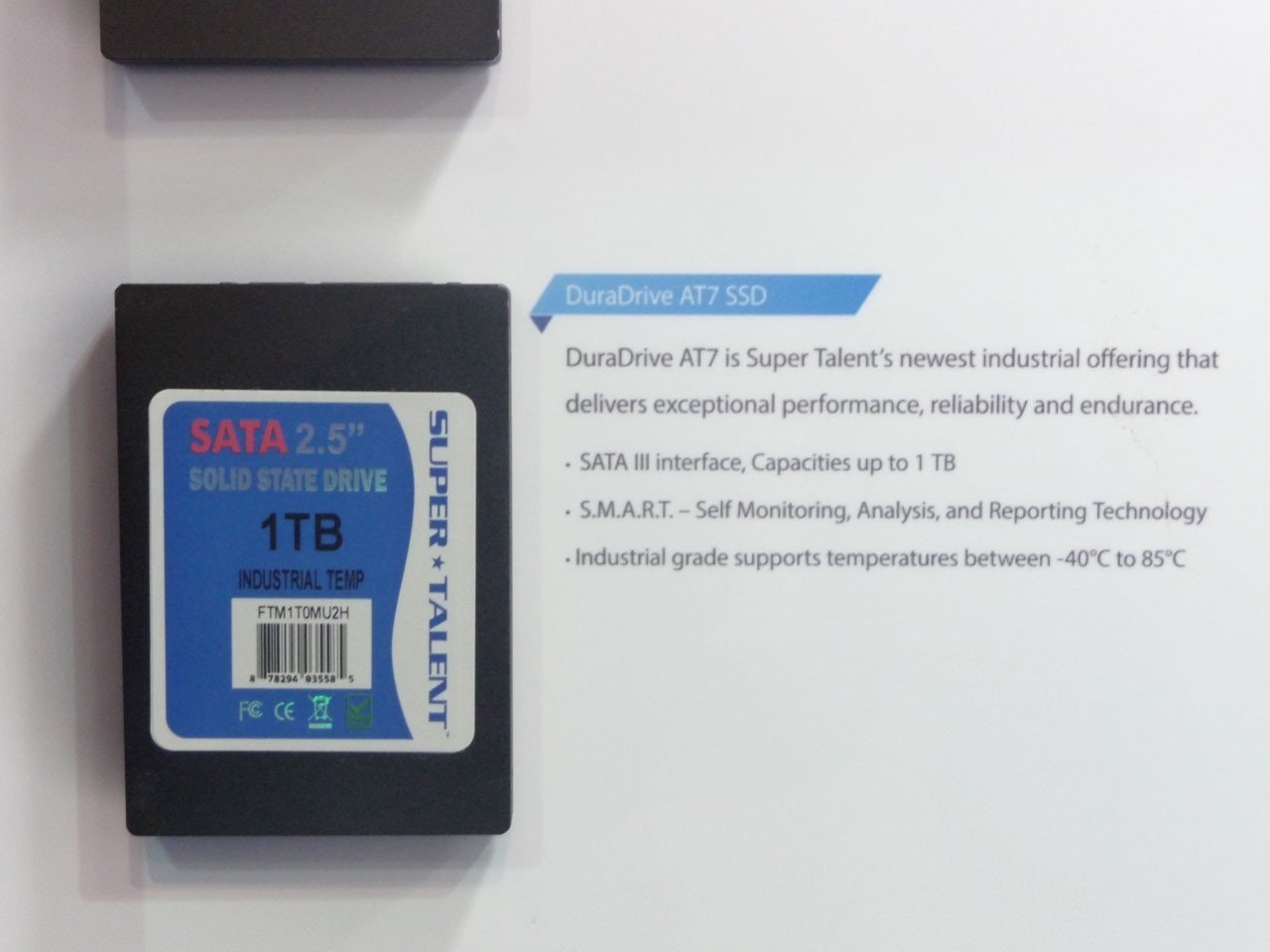 The DuraDrive AT7 builds on the line of AT6 drives, and delivers up to 1TB of capacity with either MLC or SLC flash.