Computex 2014 - While it's not much; over at the MSI booth we saw the company showing off the heat sink prototype for its next generation Twin Frozr cooler the Twin Frozr V. To the right you can see that it's going to be come in under the Gaming Series as you'd expect and use MSIs Propeller Blade Technology. 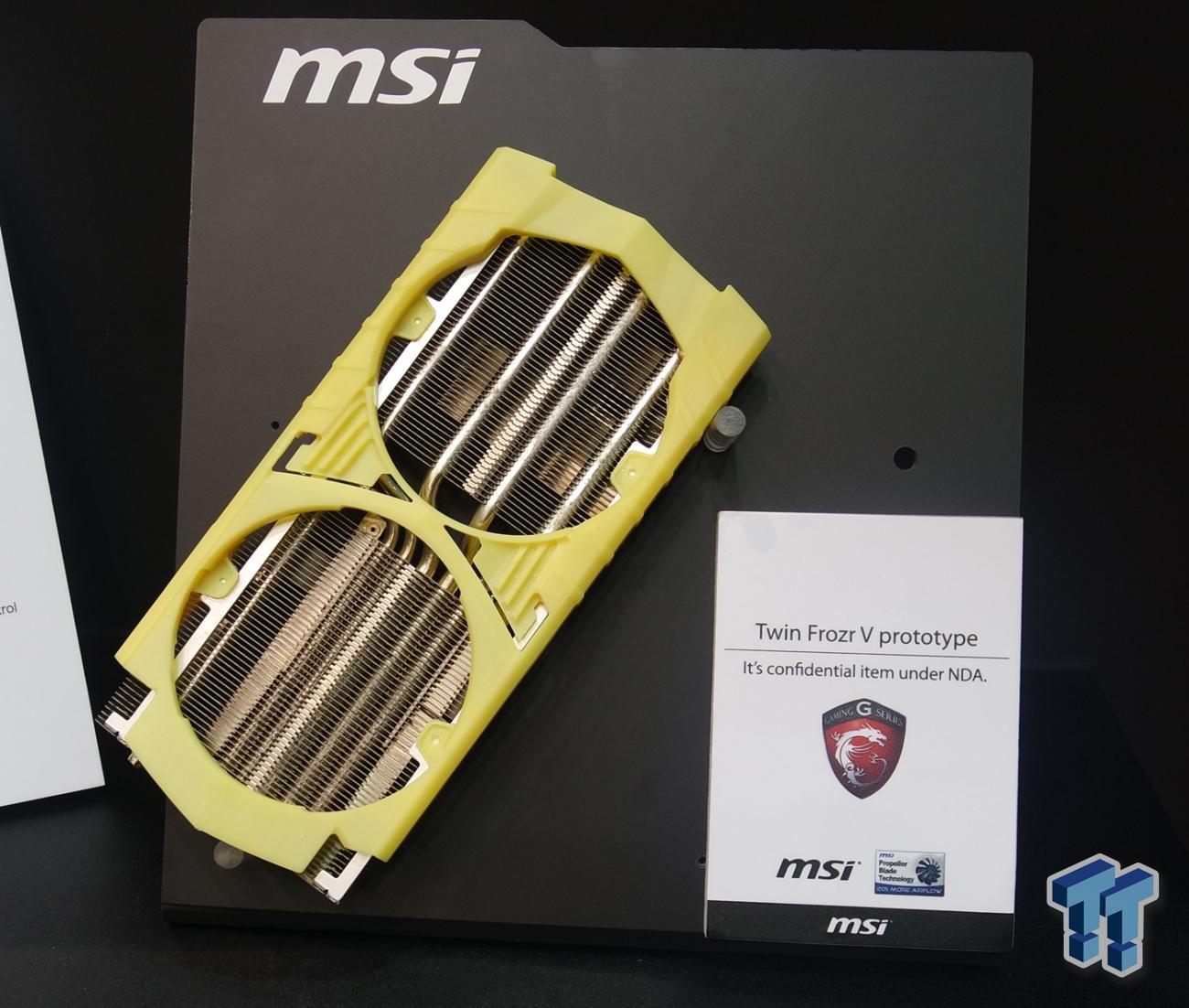 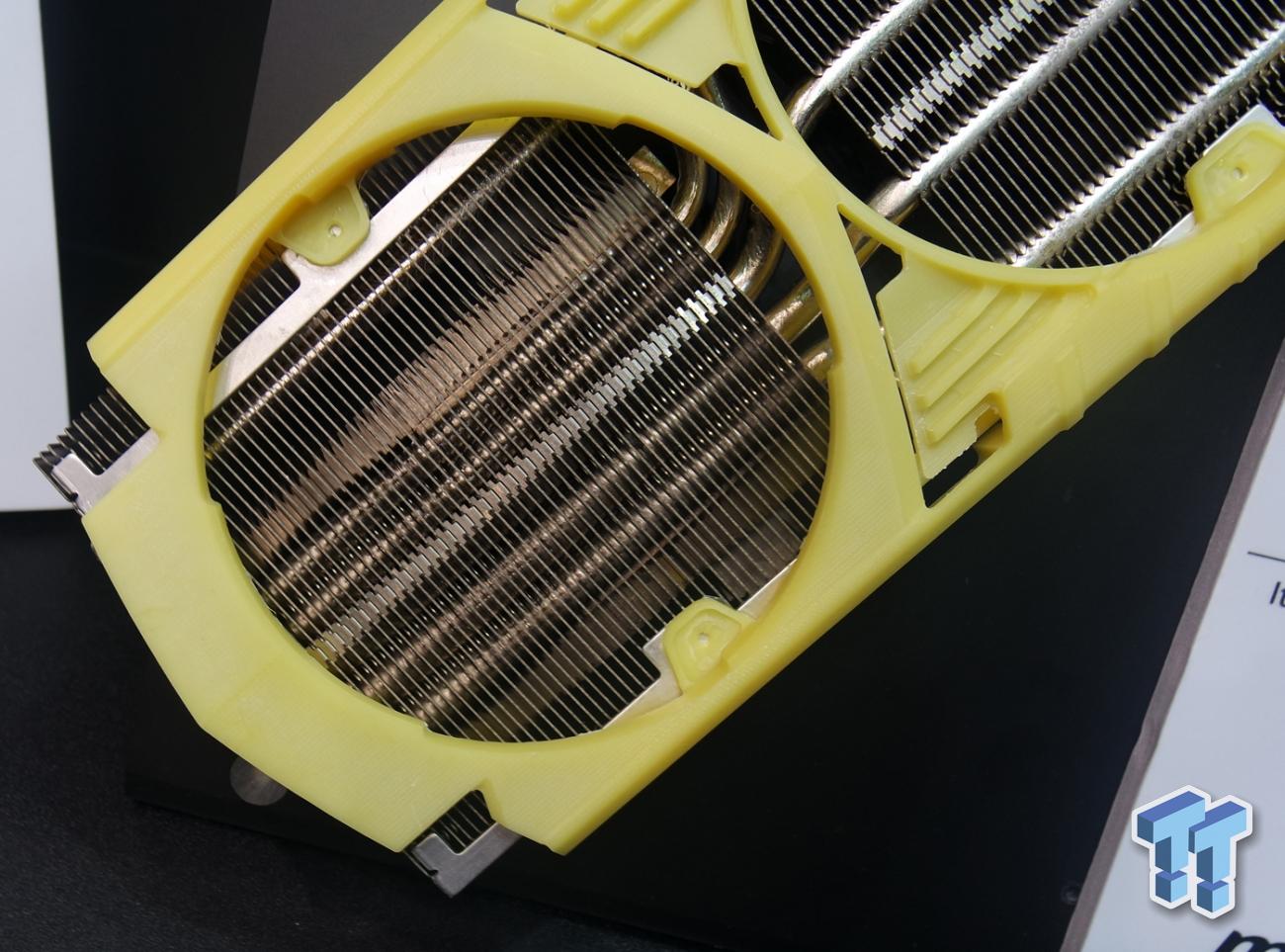 Looking in a bit closer we can see the massive heat sink that will sit over the core and what looks to be a total of six heat pipes coming out of the card. You can see based on this design it will of course be a dual fan setup and surely an improvement over the current Twin Frozr IV cooler. We can't deny, though, that the current Twin Frozr IV is one of the best VGA coolers on the market. It will be interesting to see just what kind of improvements the latest version brings to the table when released.