Computex 2014 - The Lightning Series from MSI has been one of our favorites for as long as we can remember. When we saw the GTX 780 Ti Lightning at the corner of our eye when walking around the MSI booth, we found ourselves instantly excited with just what was being shown off. 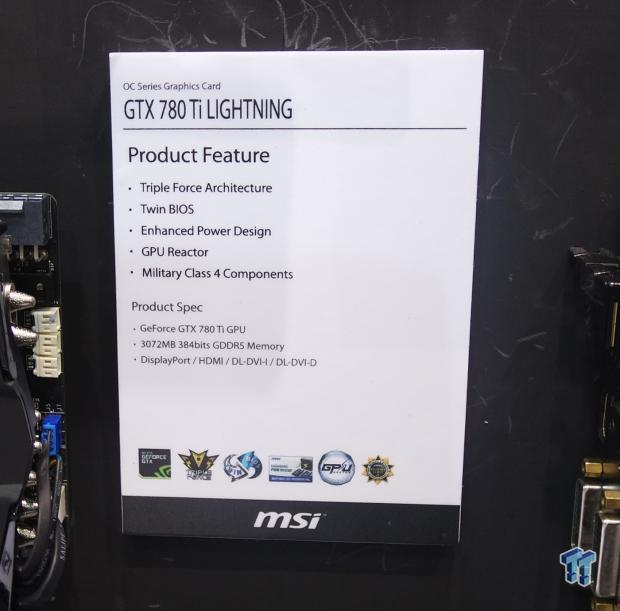 Carrying the massive triple fan Twin Frozr cooler and sporting Lightning features like GPU Reactor, Military Class 4 Components, Enhanced Power Design and Triple Force Architecture we knew that this was a card we must have. To then be told that the card wouldn't hit the market, though, was quite upsetting. Due to NVIDIA not allowing MSI to increase the voltage specification, MSI have decided to not release the model as it wouldn't give users the Lightning experience that they have come to known.

A small amount of the cards have been made which will be used by overclockers. With a modified BIOS they can increase the voltage to levels that continue to be safe while using LN2 cooling. It's really disappointing we'll never get a chance to test this model.