Computex 2014 - JMicron displayed their new M.2 controller in their suite for us at Computex 2014. As motherboard manufacturers release more motherboards with embedded M.2 connections there will be a rapid expansion of the M.2 market. SSD controller manufacturers such as JMicron are focusing on delivering products with wide compatibility for older, existing, and future types of NAND. JMicron accelerates time to market by providing a complete solution with included firmware. This reduces the need for extended firmware development time and engineering staff. 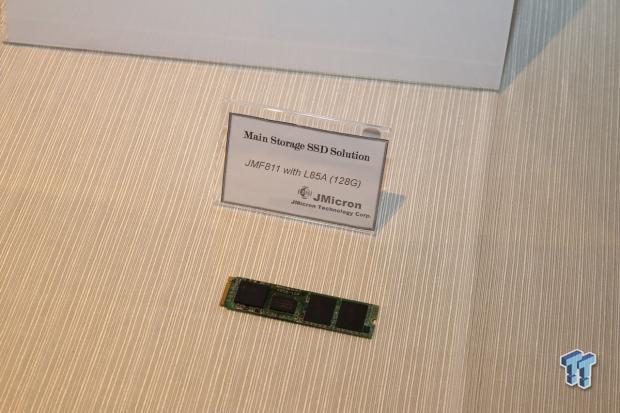 This is a reference SSD design featuring the JMF811 controller with Micron L85A NAND. The JMF811 features a PCIe 2.0 x4 interface with 8 channels. This provides a native PCIe connection with up to 125,000 random IOPS from their controller. The controller will support A19, 16nm, 3D and TLC flash. 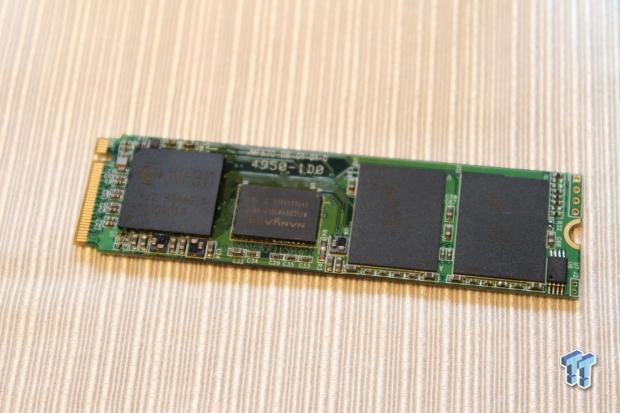 This close-up shows the JMF811 controller, and there is also a JMF810 controller that provides the option of either a PCIe 2.0 x2 or a SATA 3 connection. 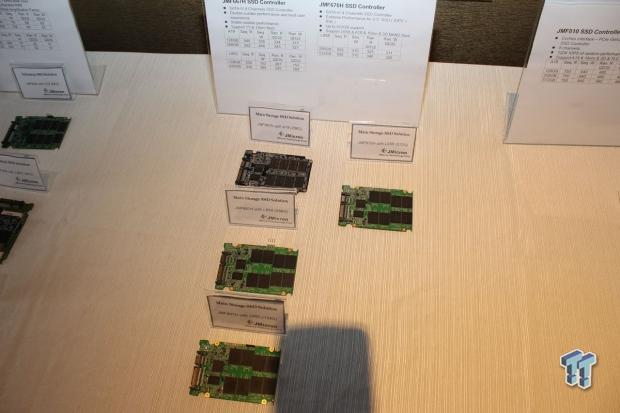 The JMF667H was also on display with A19, L85A and L85C flash. This controller is a four channel design. The high-performance JMF670H was also present, which also supports a wide range of NAND support.