Computex 2014 - MemoRight had their new M.2 SSD on display in their suite at Computex. The NF8-830 features a Marvell 88SS9183 controller paired with either Toshiba 19nm or Micron 20nm MLC NAND. 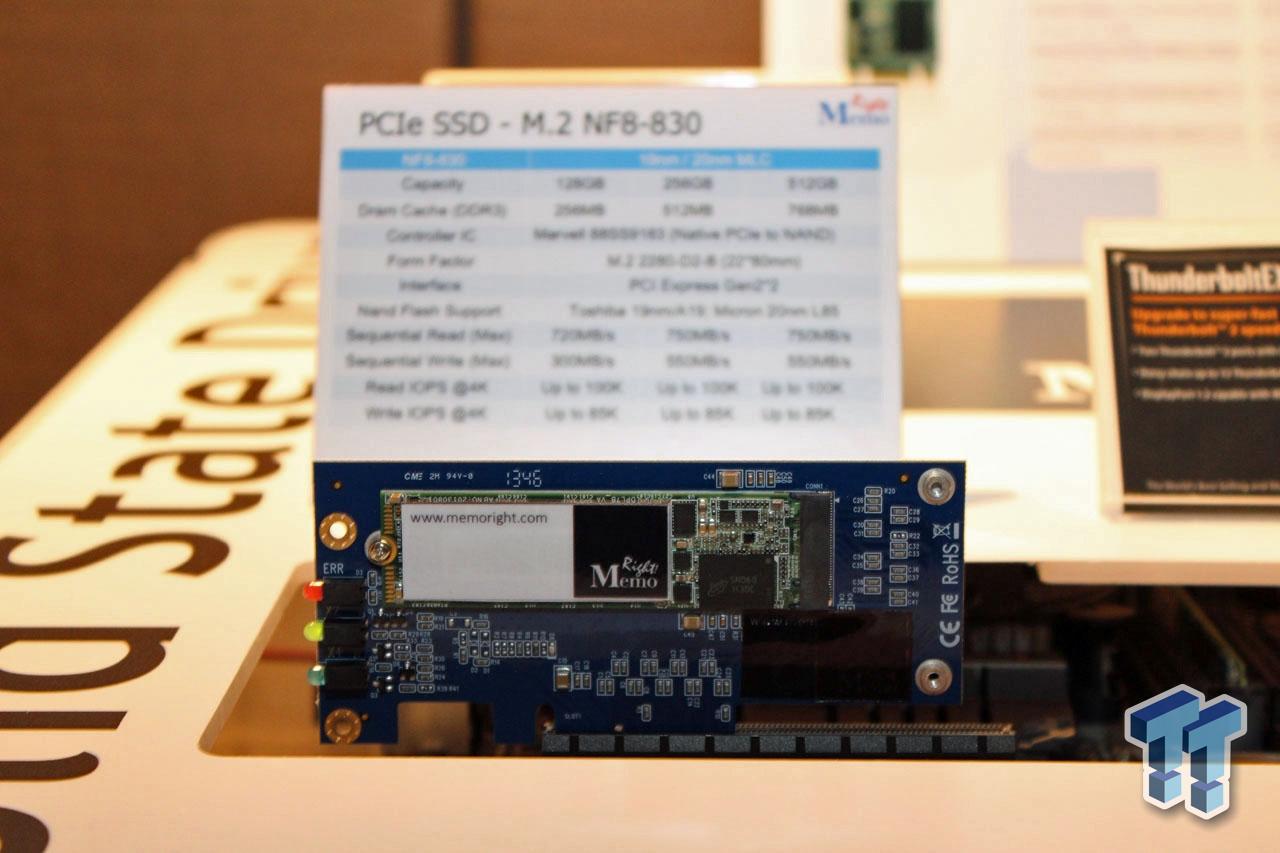 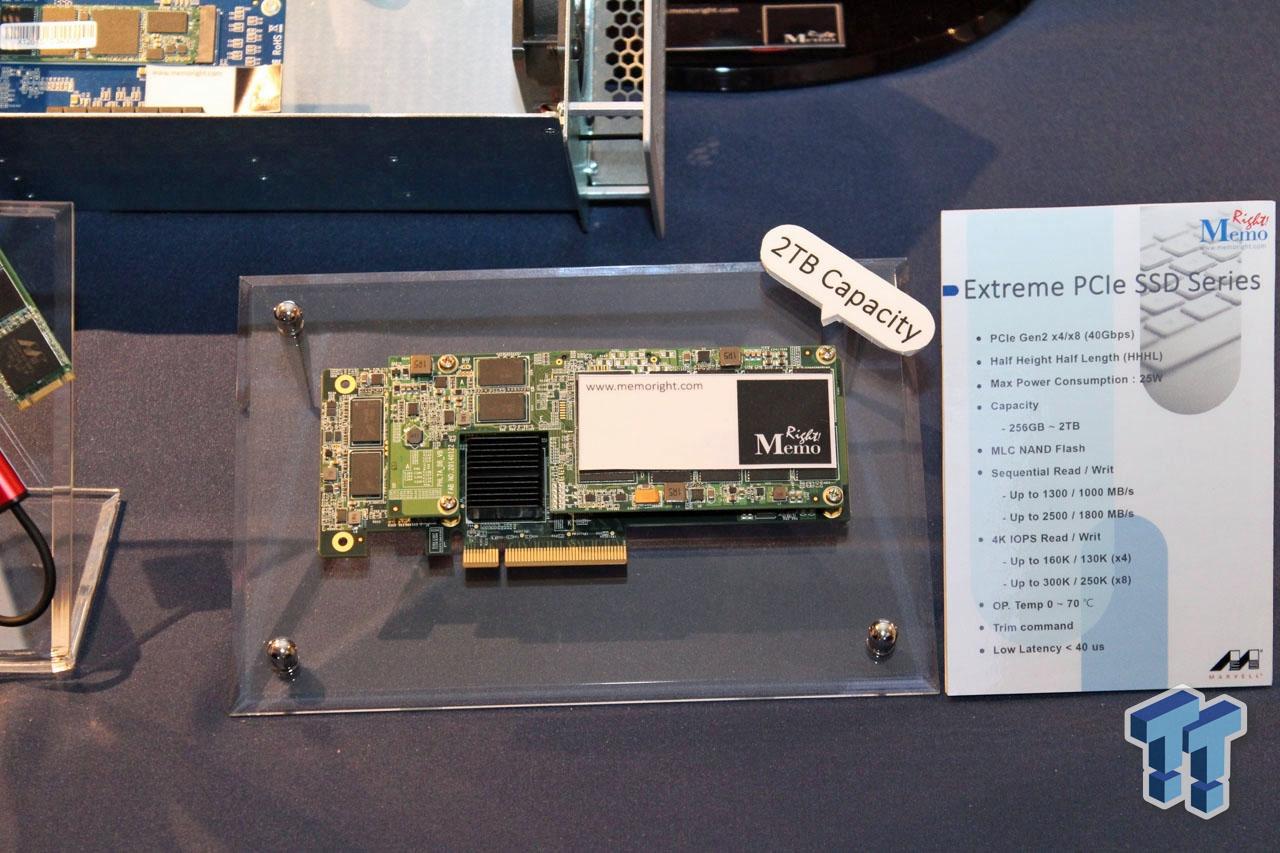 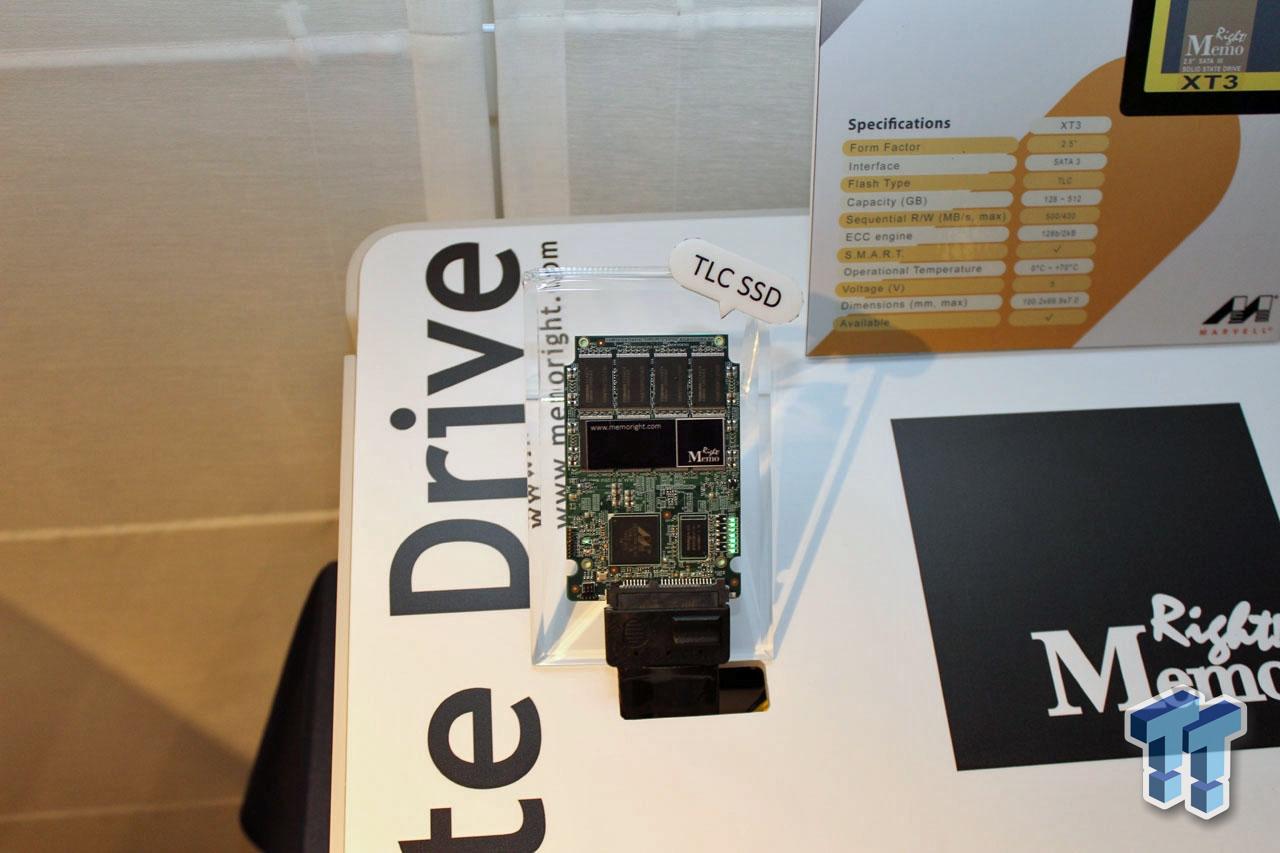 The new XT3 is MemoRight's first consumer TLC-based SSD. Samsung still has an advantage in this category, and we are finally seeing new entrants into this space from other players. 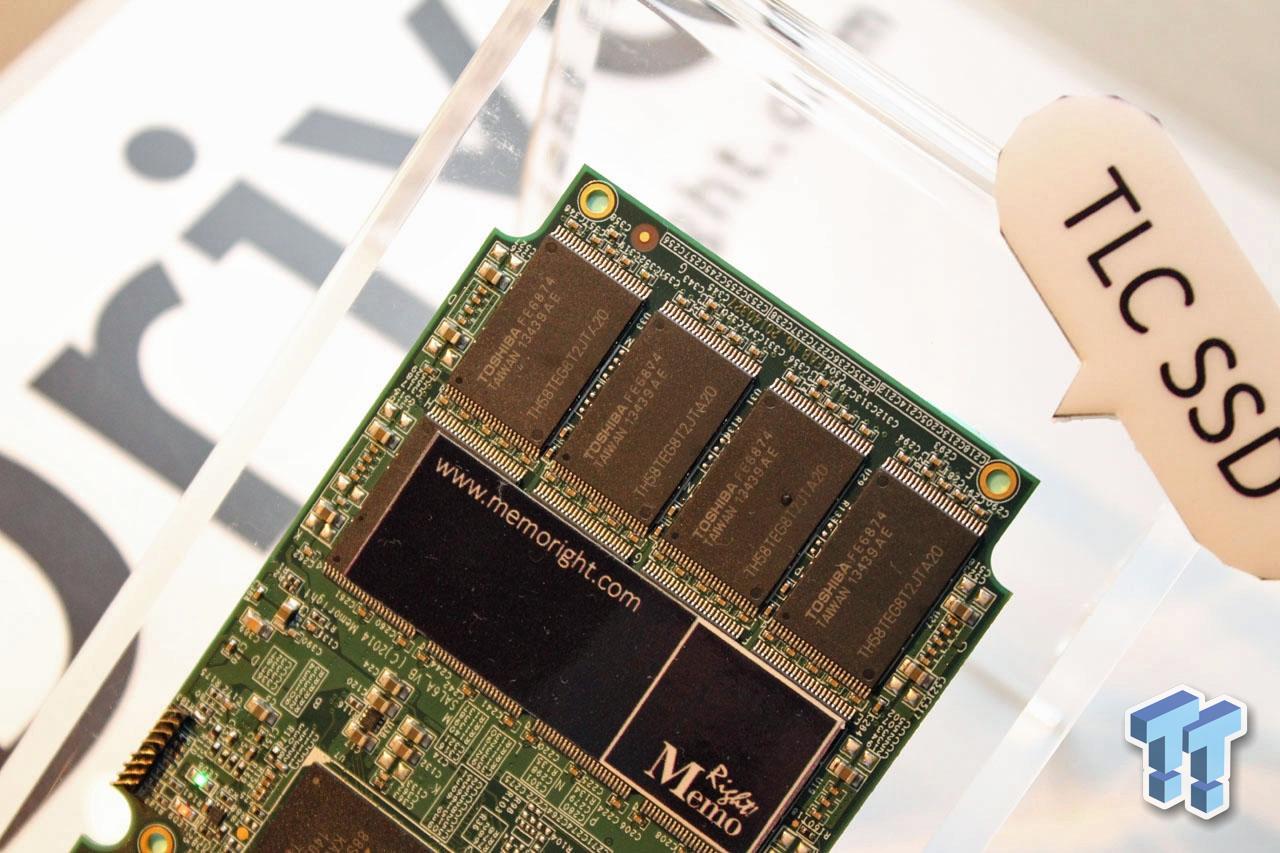 Toshiba A19 19nm TLC and the Marvell 88SS9189 combine to power the newest MemoRight addition. 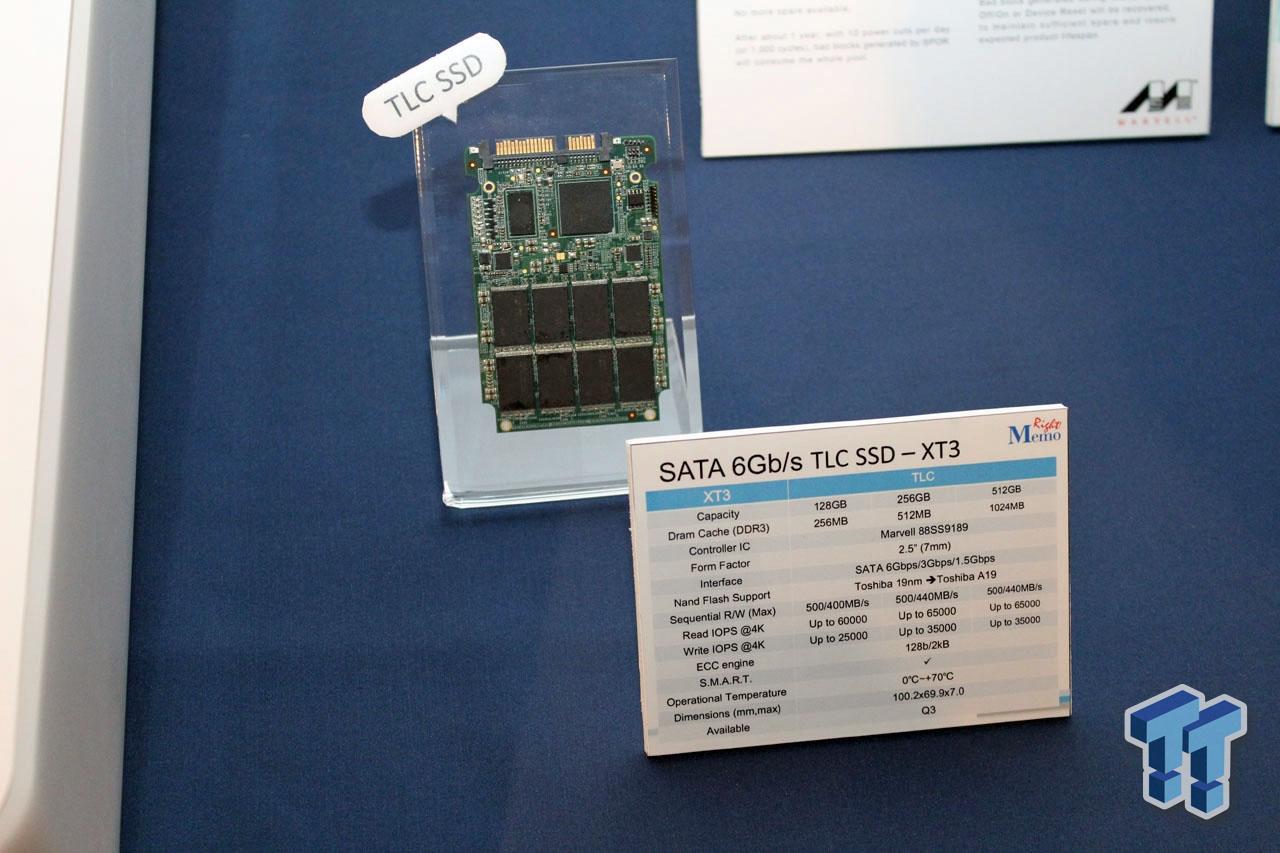