Han Solo and the Millennium Falcon go together like peanut butter and jelly. I never really thought that the new Star Wars film that will feature Harrison Ford returning as Han Solo wouldn't have the Falcon in the movie. Therefore, I think the confirmation of the fact that the Falcon will be in the new film isn't much of a shocker. 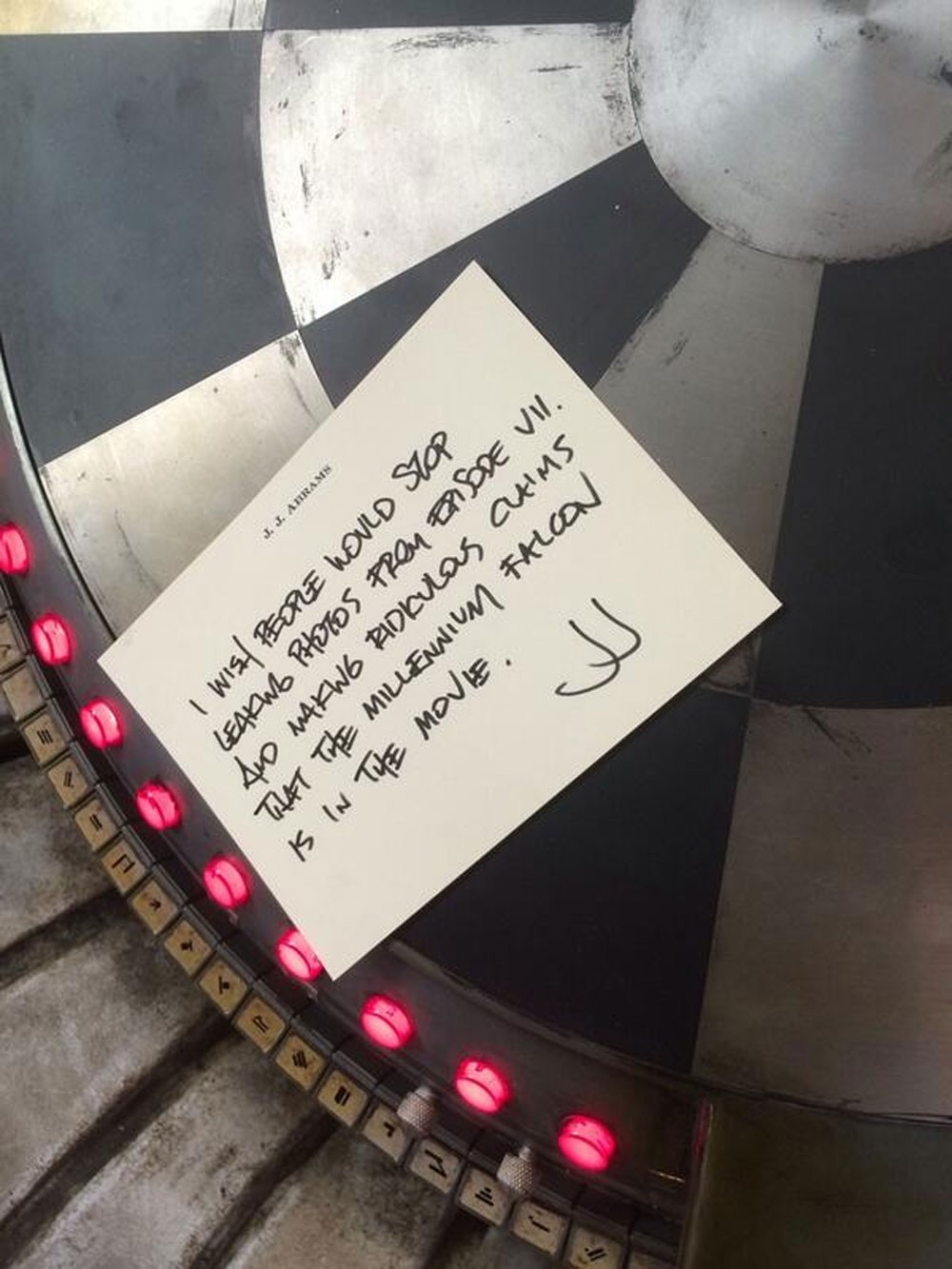 Some images leaked a while back from the set of the film and rumors suggested that a half built falcon was sitting in a studio in England. Director JJ Abrams has tweeted a picture with a little note that seems to confirm what many fans likely already assumed.

The note read, "I wish people would stop leaking photos from Episode VII and making ridiculous claims that the Millennium Falcon is in the movie." The catch is that the note appears to be sitting on the holographic chessboard from the Falcon fans of the original trilogy will recognize.