Adobe has released some benchmarks that look at the online video consumption of connected device users. The report looks at Q1 2014 and is called the Video Benchmark Report. According to the report, consumption of online TV across all devices grew massively during the first quarter. 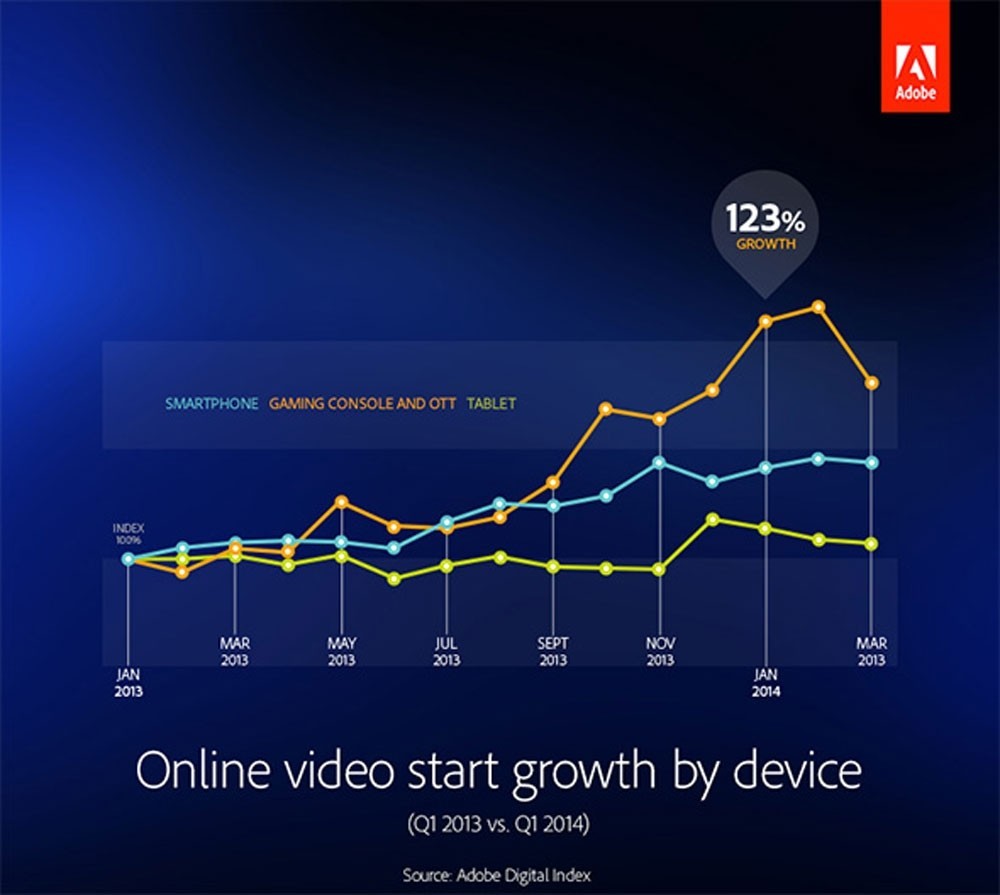