Computex 2014 - ASUS had a lot going on at the ROG stand with the launch of the new STRIX Series of Video Cards showing us that your ears don't need to bleed when building a high-end gaming system. 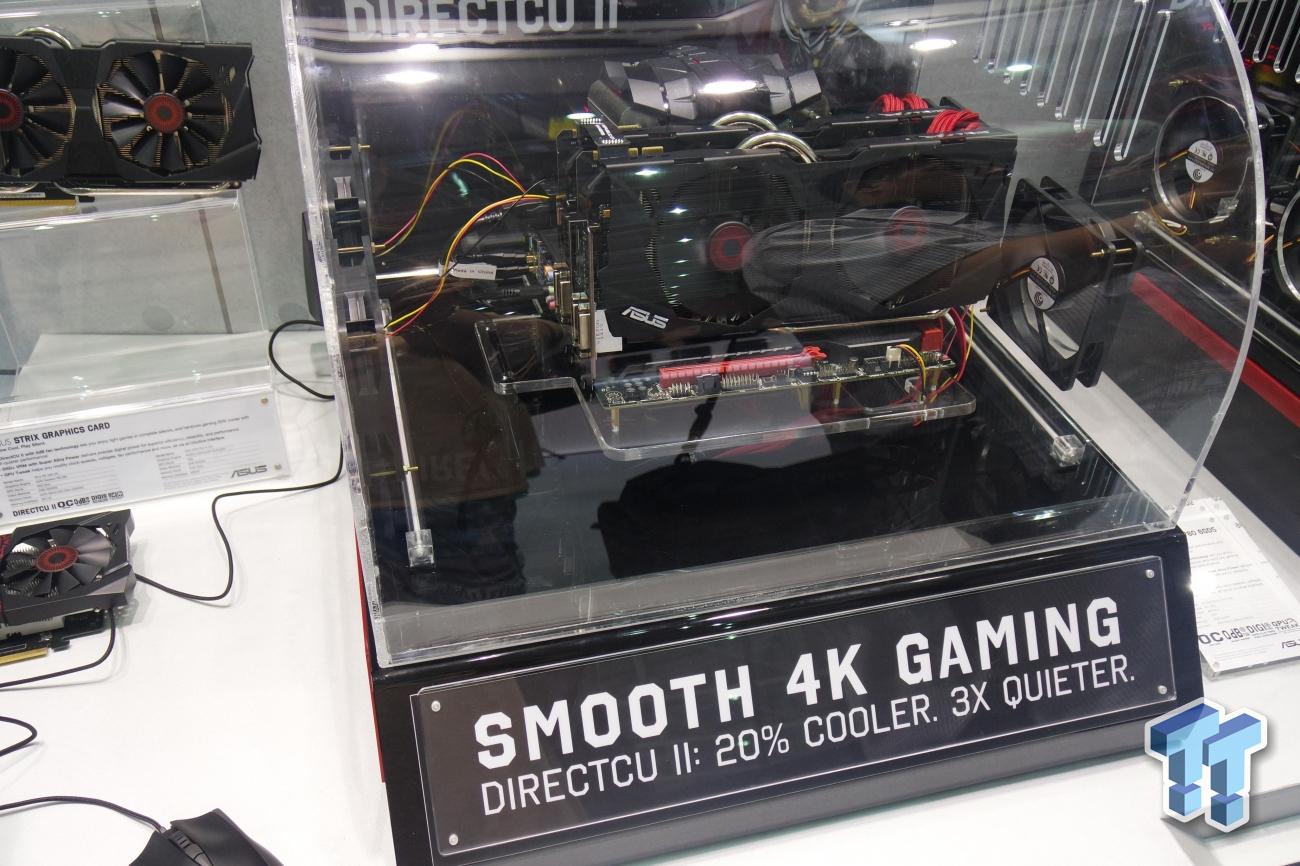 Playing StarCraft II the new DirectCU cooler with 0dB fan technology wasn't spinning. Designed to not spin under light games the new cooler means that gaming can be done with no added noise from the video card. Moving over to what ASUS label as "hardcore gaming", though, will cause the fans to spin. Still; ASUS say the new cooler is 20% cooler then the reference design and 3x quieter. 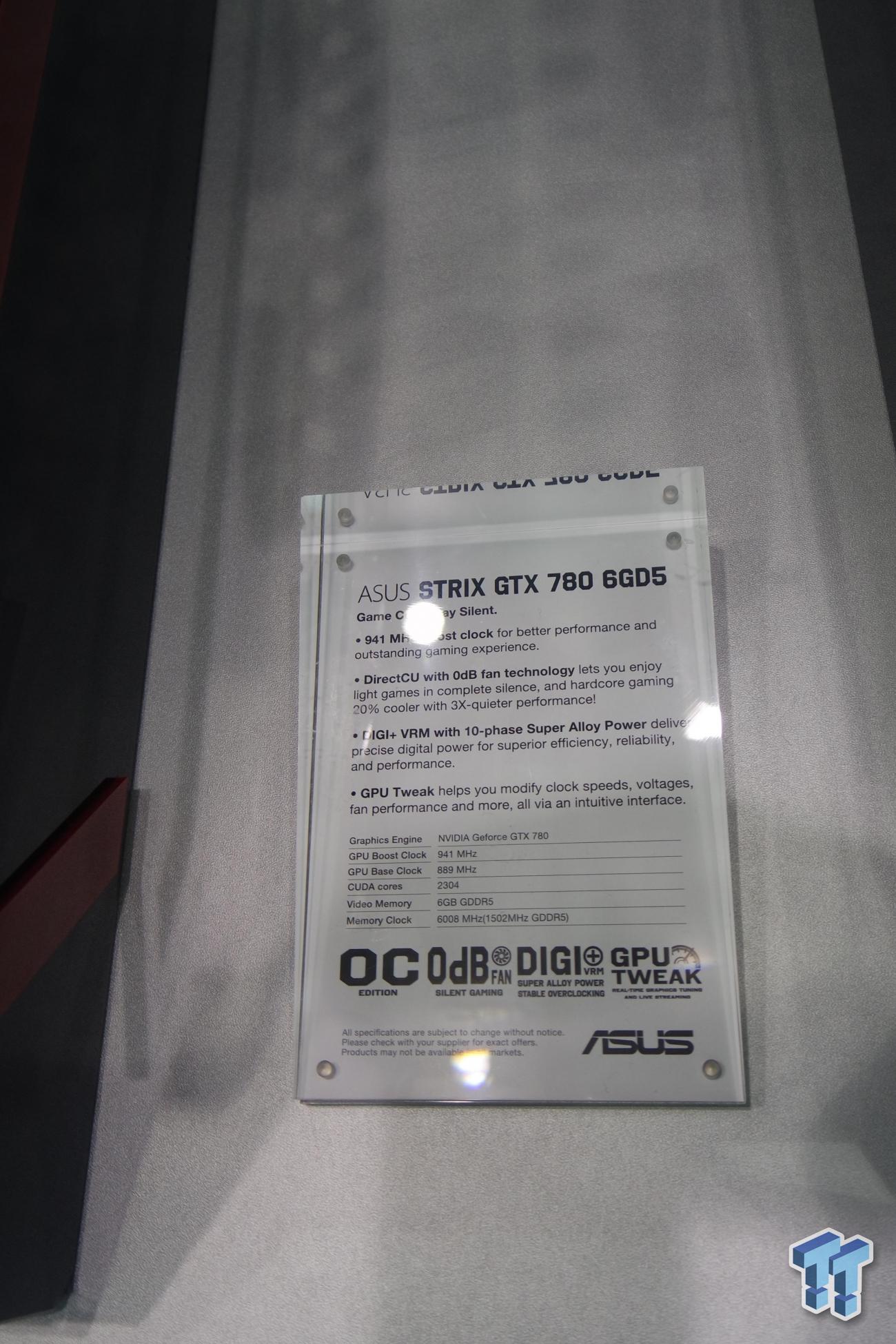 If that wasn't enough to wet your appetite, the new STRIX GTX 780 sports 6GB of GDDR5 at 6008MHz QDR and an overclocked clock which sees the base clock come in at 889MHz which is then boosted to 941MHz via NVIDIAs boost technology. ASUS has already sent us over the new STRIX GTX 780 6GB so make sure you keep an eye out for that review following the weeks after Computex as we get back into the reviewing swing of things.