Computex 2014 - During our visit to the suite that Analogix was in, we had a peak at SlimPort 4K - a technology that uses the microUSB port on your compatible device, and pushing out 4K - or Ultra HD, or 3840x2160. 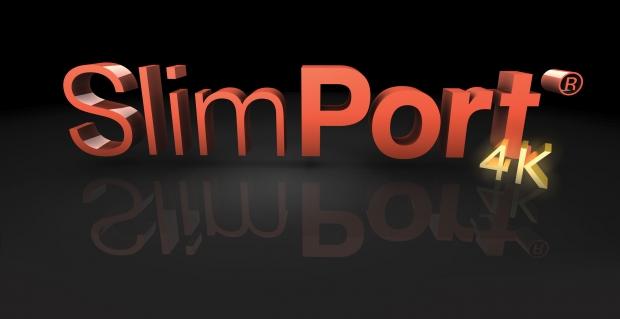 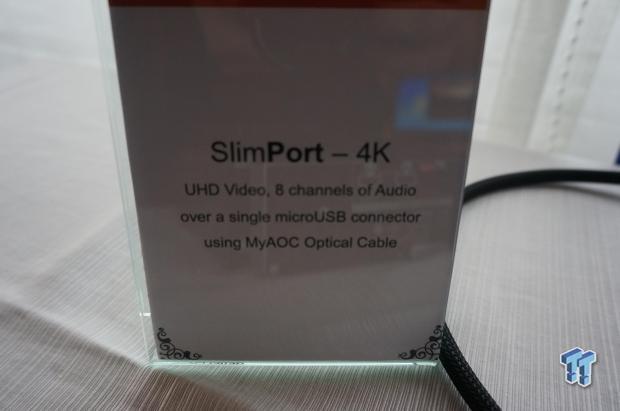 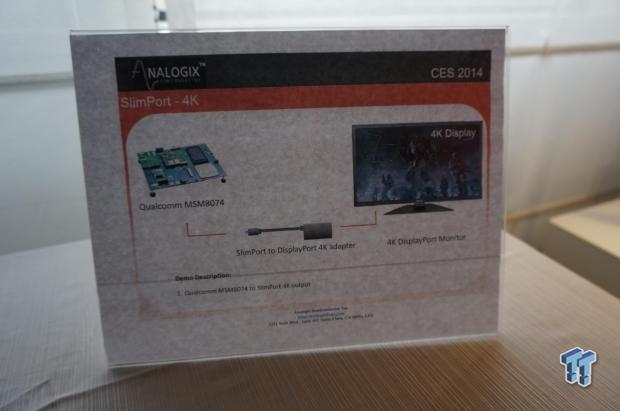 This is an insane achievement, something that has taken years for Analogix to reach, but now that it is there, the future is looking bright - or even higher res. Not only is SlimPort 4K capable of pushing 3840x2160 out through microUSB, but it is capable of delivering 8-channel audio over the same cable. 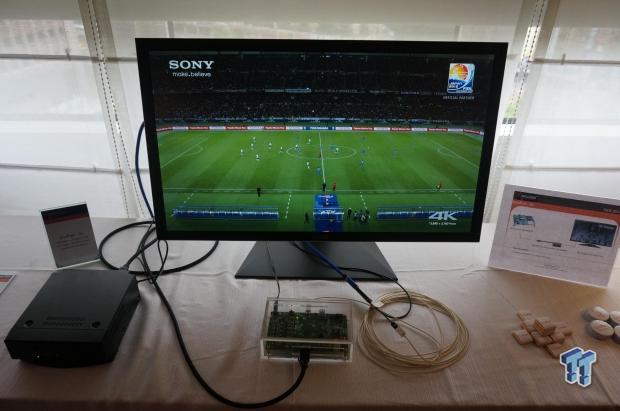 Analogix's SlimPort 4K technology is only on some system-on-chips (SoCs) - such as Qualcomm's MSM8074, which has SlimPort 4K. Using this little cable, you can output your smartphone or tablet to a 4K monitor or TV, as you can see in the shot above.