Computex 2014 - Analogix is a company you might not have heard of, which is something we're going to dive into in the coming weeks. For now, you might have heard about their SlimPort technology, which is an incredibly powerful piece of kit that sits in some of the best smartphones and tablets on the market. 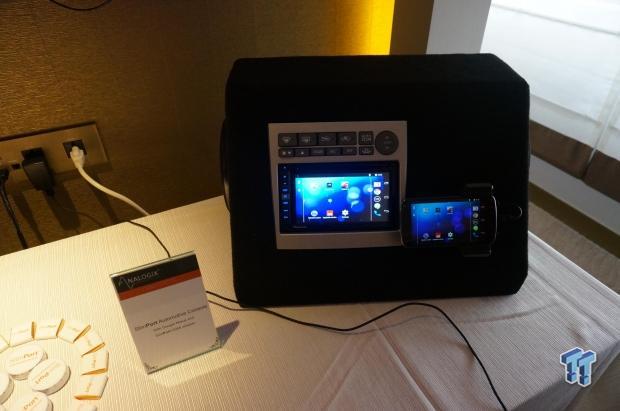 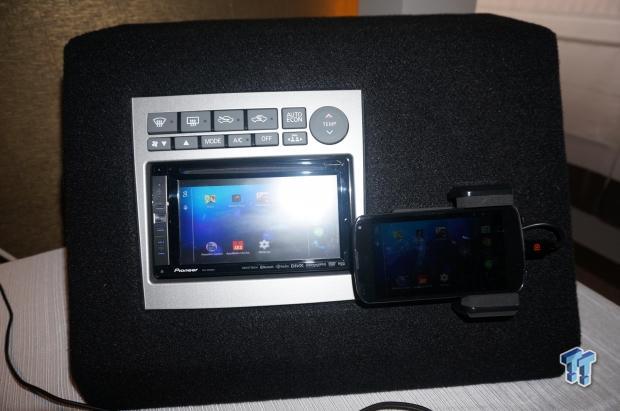 We stopped by the Analogix suite in the Grand Hyatt here in Taipei today, taking a look at their SlimPort Automotive Console technology. SlimPort Automotive Console is capable of plugging into the microUSB port on your smartphone or tablet, and turning the display on your in-car screen (if you have one) to a display that you can control your smartphone with. 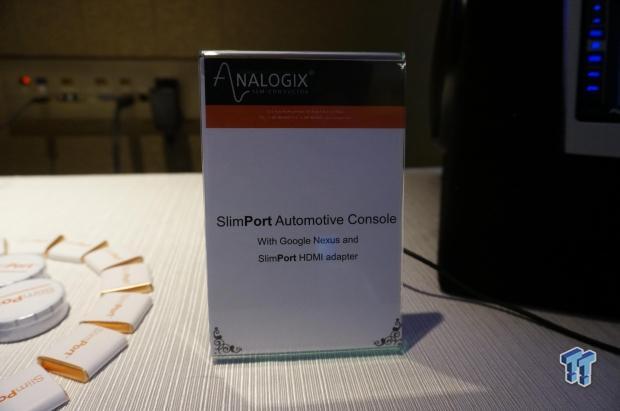 The way this works, is that you plug your SlimPort-capable smartphone or tablet in, and then you can use your phone to control the in-car display, or vica versa. It's an incredible technology to see in-person, especially considering it's all being done over a tiny little microUSB port, and not some proprietary connection.