Strontium, a leading digital storage brand from Singapore, today launched its finest and fastest range the ultra-high speed Nitro Plus, in Singapore. The much awaited range of products by Strontium consists of UHS-I Speed Class 3 SD and microSD cards, which enable consumers to capture and watch 4K2K Ultra HD pictures and videos on their high performance cameras, tablets and smartphones. 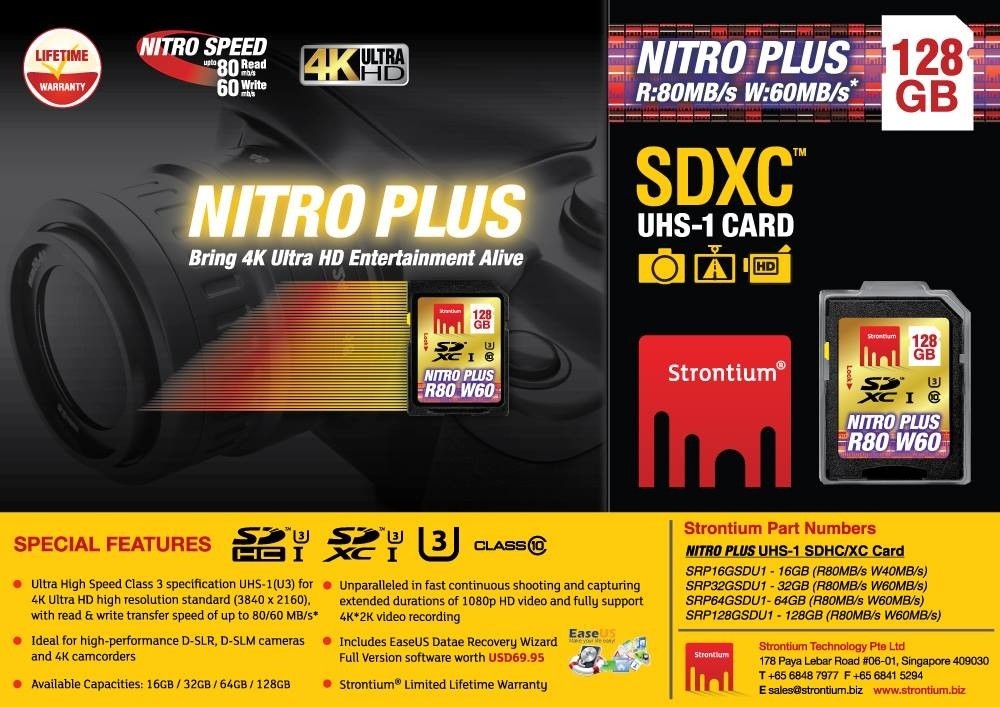 Users can capture up to 2 hours of 4K2K HD video on a 128GB SD card. In addition to 4K2K video capture, Nitro Plus cards can also be used for burst or continuous mode photograph capture and television recording. The faster transfer speeds also reduce the time needed to download large movie and music files to smartphones and tablets.