Following news from Gartner that 75 percent of mobile security breaches will be caused by app misconfiguration, applications and third-party ad networks are accessing large amounts of information that open the door to security threats: 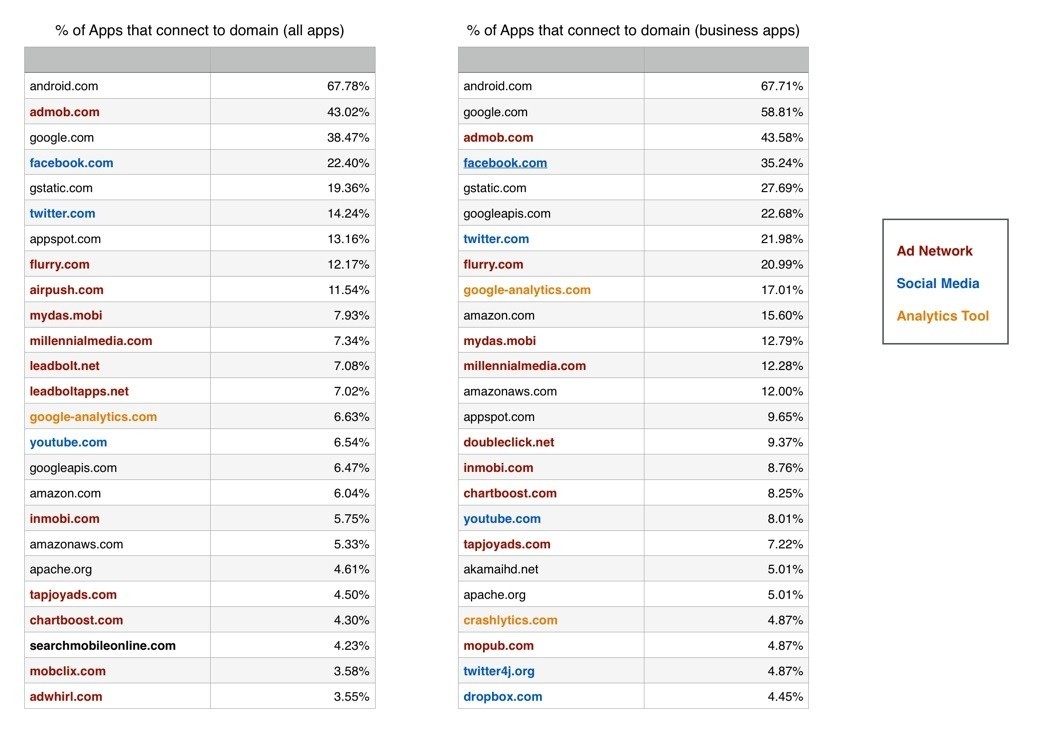 "It is critically important that users and IT administrators understand what data is being collected from their devices, where it is being sent, and how it is being used," according to the blog post published by Mojave Networks. "Given that the majority of the sensitive data being collected occurs within these third party libraries such as ad networks, social media APIs, and analytics tools, it is therefore important to fully understand each of the libraries included in your mobilie apps."