Dutch fighter Gegard Mousasi (35-4-2) dominated veteran Mark Munoz (13-5) in their middleweight main event fight of UFC Fight Night 41 in Berlin, Germany. The former Dream and Strikeforce champion displayed excellent striking, effective takedown defense, and good submissions to set up the rear-naked choke at 3:57 of round one. Incredibly, this marked the 27th time Mousasi had a first-round finish during his 11-year-career. 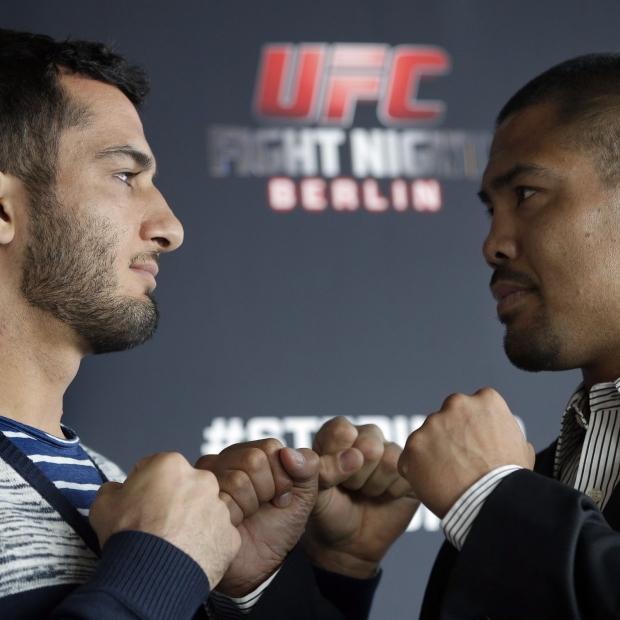 "I worked a lot on the rear-naked choke and guillotine," Mousasi said post-fight. "He's a strong wrestler, so he always comes forward. I want to pick up the angle and slowly go forward."

Mousasi is now 2-1 in the UFC and shows steady improvement - despite being promoted as one of the most skilled fighters in the world just a few years ago, Mousasi was accused of being lazy and not caring about training. However, this should quickly elevate him up the ladder in a middleweight division that is fairly desperate for legitimate contenders to face current champion Chris Weidman in the future.