Seagate was an early investor in SandForce. At one time, we expected to read about Seagate acquiring the company that brought SSDs to the mainstream market but LSI stepped in before that could happen. As part of LSI, SandForce contributed to two product divisions, Accelerated Solutions Division and Flash Components Division. Seagate will acquire both for $450 million in cash. 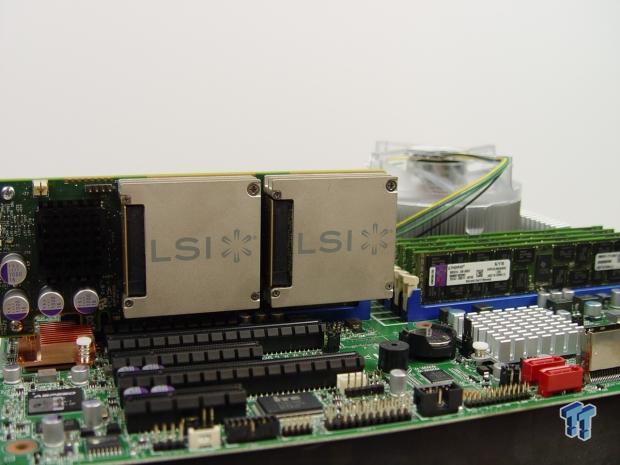 The acquisition strengthens Seagate's position in the SSD market. Seagate also has a strategic agreement in place with Samsung for advanced NAND flash supply. Current Seagate 600 SSDs use Micron NAND flash and Seagate 1200 SSDs use Samsung flash so the company has the flash side covered.

The acquisition comes at a good time for everyone involved. The SandForce team has the most anticipated NAND flash controller coming to market later this year, SF370. The SF3700 is the first controller to run both SATA and PCIe on the same silicon and early first hand testing at LSI's AIS event last year proved SandForce's claims of over 1800 MB/s sequential reads.

As mentioned, there are two divisions coming to Seagate. The Accelerated Solutions Division is responsible for products like LSI's Nytro products that merge LSI RAID hardware with SandForce hardware.

"Seagate is committed to providing our customers with a complete range of storage solutions, and this acquisition will significantly enhance our flash storage offerings to supplement our existing portfolio," said Steve Luczo, Seagate chairman and CEO. "LSI's ASD business has the broadest PCIe flash product offering and intellectual property in the market today and the FCD business has best-in-class SSD controllers with proven support for a wide range of applications. This acquisition immediately boosts Seagate's range and depth of flash storage capabilities today, and these teams bring to Seagate the expertise to accelerate our roadmap in this important and growing market."

In fiscal 2015, Seagate would expect the combination of its enterprise SSD product line and these SSD Controller families to generate revenues of at least $150 million and be slightly accretive to the company gross margin with operating margin headwind of $30 to $40 million. As Seagate drives operational synergies and leverages its SSD technology into its product portfolio, the company would expect the operating margin contribution from its SSD business to be neutral to positive in fiscal 2016 and beyond.

The transaction is expected to close in the third quarter of calendar year 2014, subject to the satisfaction of customary closing conditions and the receipt of certain regulatory approvals, including those required by the Hart-Scott-Rodino Antitrust Improvements Act.