Until the US has its own spacecraft that is certified for carrying passengers, American astronauts heading to the ISS continue to hitch a ride with Russia. Recently a Soyuz spacecraft docked with the ISS after a perfect launch from its launch pad at the Baikonur Cosmodrome in Kazakhstan. 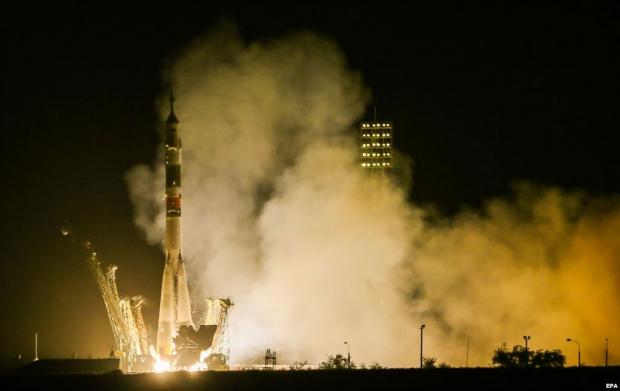 The spacecraft had three crewmembers on board with one Russian, one German, and one American. US and Russian space agencies have continued to work together despite tensions over Russia actions in Ukraine.

The US pays a huge price to get astronauts into orbit. A single seat on the Soyuz costs the US around $71 million. Crewmembers on the Soyuz spacecraft included Reid Wiseman from NASA, Max Surayev from Russia, and Alexander Gerst from Germany.